Darren Till Weighs 182 Pounds, But Remains Focused On Hitting 170 Limit By Friday 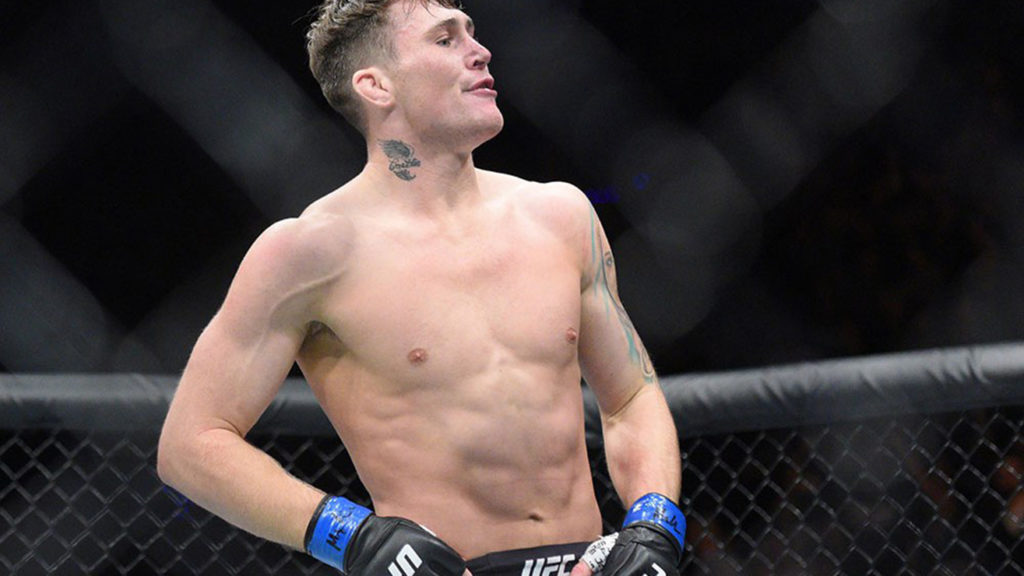 Darren Till: “Friday I’m Not Stepping On Any Heavier Than 170”

Recently, Darren Till stated that he can’t wait to slam the door shut to everyone who keeps babbling about his weight. Well, he has good chances of achieving that goal.

On Wednesday morning, Darren Till weighed 182 lbs. As well as you remember, Till didn’t miss the scale for the fight versus Donald Cerrone at UFC Fight Night 118. The Wednesday before that showdown, Till’s weight was also 182 lbs. The Gorilla stated he won’t be heavier than 170 on Friday. (via MMAMania.com)

Till says he only wants to get things done this time. The Gorilla also stated that any fighter who said weight cut is great is a liar.

“I’m never gonna say it’s a great cut, it’s always hard,” Till said. “But listen, I’m lean, I’m focused. Weight’s OK. I never want to stand here and say the weight is great, this has been the best weight cut. Because the fighters do that and I just don’t agree with it. It’s a lie. Weight’s not great. I don’t want to speak to anyone. I just want to get me things done. It’s business. Business is business. And Saturday is business, Friday is business. My life is this business.”

Till is not thrilled with weight cut related questions. He even said someone who asks him about that topic again might get slapped.

“I’ve put my life into this, so speed bumps along the way,” Till said. “Not making weight, you get all this attention for it. It’s like you’re the only fighter who’s missed weight in the division, in the whole of the UFC. … It’s a mistake on my part, but Friday all the talk will be done. No mother f*cker can ask me about weight again — he’s getting slapped.”

Let’s hope The Gorilla will not miss the scale this time. All eyes are pointed at him now. What do you think? Will Darren Till have few extra pounds for the third time?

Darren Till Says 'Weight’s Not Great’ But Dedicated To Get It Done By Friday
Read Next Post →
Click here to cancel reply.