There's no love lost between Darren Till and Uriah Hall.

Darren Till has called for his next opponent, while in town for UFC London.

While England’s Till isn’t on this weekend’s card, he has made his presence felt. During a Q&A session on Friday, ‘The Gorilla’ named who he wants to fight next. Uriah Hall.

After naming Hall as the person he wants to fight next, he got the crowd to chant something rowdy.

“Can we perhaps, on the count of 1-2-3, just say ‘f*ck Uriah Hall?’ Can we do that?” Till said to the hundreds of fans in attendance for the weigh-ins.

And that they did. Talk about a lively crowd.

When asked what Hall did to deserve that chant, Till responded with: “What have I done to deserve all the f*cking sh*t he’s given me on Twitter?”

To be fair, Hall has been coming after the former title challenger pretty hard on social media. Aside from calling him names and saying he is scared to fight, Hall kept asking where he was after he lost to Derek Brunson.

Still no word from this fool have you seen him ? pic.twitter.com/Z507oUk1ss

Why ‘The Gorilla’ Wants To Fight Hall

Till went on to explain why he wants to fight Hall next.

So if he wants to fight me, wants the same scale, I want him next. That’s how it is, right?”

After the clips of Till starting the “Fu*k Uriah Hall” chant got out, the No. 9 middleweight responded on Twitter.

“Ha f*ck you too,” Hall wrote. “Glad I’m on your mind b*tch! unlike you I’m getting ready for someone who actually fights but you and I know you ain’t never going to fight again pu*sy.”

Ha fuck you too glad I’m on your mind bitch! unlike you I’m getting ready for someone who actually fights but you and I know you ain’t never going to fight again pussy. https://t.co/hvF0j4u4Tb

It looks like a fight between Till and Hall is brewing. With Paul Craig saying the UFC plans on coming back to the UK soon, a potential main event might already be made.

However, first Hall must get through Andre Muniz. They are fighting on April 16 at UFC Fight Night: Luque vs. Muhammad 2. 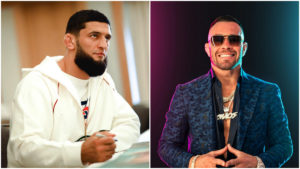 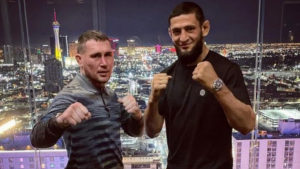 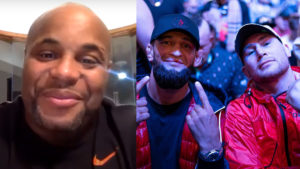 Daniel Cormier Comments On Khamzat Chimaev’s Closeness With Darren Till: ‘It’s A Mistake’ 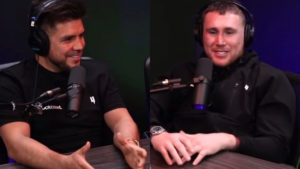