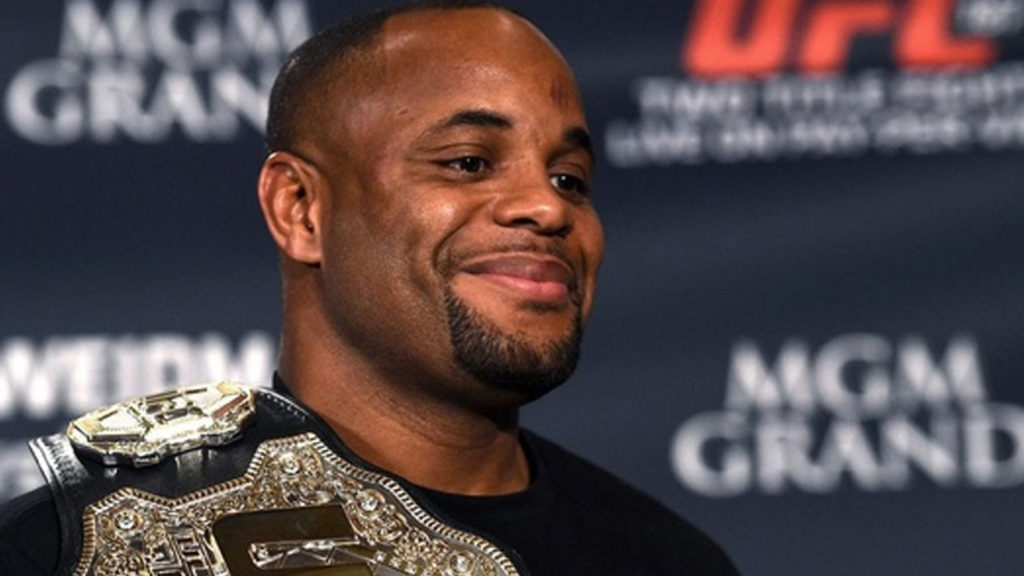 Daniel Cormier has traveled a long way – from cute lovable Strikeforce bunny to the serious titleholder who gets booed by respected elder statesman. A pretty strange thing, if we consider DC is a devoted Catholic who trains and minds his own business.

The crowd simply loves Daniel Cormier these days! Just remember those wonderful ovations during UFC 220 title defense match versus Volkan Oezdemir – “Let’s go DC!” was echoing like a machine gun. And then the ovations he received at Brooklyn’s Barclays Center during UFC 25th anniversary press conference. Is DC using some kind of magic to make people love him?

Daniel Cormier gave a short opinion about why the crowd has started loving him so much. The point is that Cormier looks completely stunned and surprised! (via MMAFighting.com)

“I don’t know what I did,” Cormier said during a media tour promoting The Ultimate Fighter 27 on Tuesday. “I didn’t really do anything. I did the exact same thing. They decide when they like you and when they don’t.”

The fans began turning on Cormier during his beef with Jon Bones Jones. DC decided to take the ball and run with it.

“When I went out there that first time and they booed me with Jon [Jones], I just played the bad guy,” Cormier said. “I will say all the stuff you hate me saying. You hate that I make fun of [Jon Jones] for his addictions? I will say every one of those addictions and I’ll list them all out. Before it was like, I don’t think they’ll boo me for it. Okay, you’ll boo me for it? You don’t like that? I’d kind of feel out what people liked and didn’t like. And the things I got the most hate, on Twitter, I would start to say it in public. If you want me to be your bad guy, I’ll be your bad guy. I just kind of gauge it.”

Daniel Cormier is far from the fan of trash-talking, but he is highly aware that playing the hype game while retaining authenticity is a fine line. The confrontation with Jones definitively helped him earn big paydays. But Cormier had to pretend that he hates Stipe Miocic, a current UFC Heavyweight Title holder whom he met at UFC 226? Nobody is going to fall for that story!

“If it’s not genuine, people can see through that,” Cormier said. “If I start putting on that I hate Stipe Miocic, after going to Cleveland and doing a show on him and being around him and being friends with him, all of a sudden I hate him, people will be like ‘what, that makes no sense.’ That might actually turn people off from watching the fight, ‘this is too fake I can’t deal with it.’ I want to give a true accounting of what I am and what Stipe and I’s relationship truly is.”

Looks like fans decided they love DC again. He is going to go with the flow. Too much thinking might waste his energy, and Stipe Miocic is a very dangerous opponent.

“People just decide what they want to do,” Cormier said. “Going into the Jones fight, it was all boos. And then going into Boston, it was all cheers. Then when I went to that press conference in Brooklyn, cheers. They put me on the camera and for the first time, people yelled positive stuff. Usually, they just boo me. I didn’t care. I just get used to it.”

The only thing that DC cares about is that something is happening. People react. Being cheered is better than getting booed, but being ignored is the worst thing possible.

“You’re never going to tell people how to feel,” Cormier said. “I used to try to do that. If you told me there’s something you don’t like, I’m going to harp on that thing. I want a reaction. Whether it is positive or negative, I just want you to not be indifferent. As long as you care, that’s good.”

Looks like things are turning from good to excellent for DC. Is he going to make a world-class surprise and dethrone Stipe Miocic?