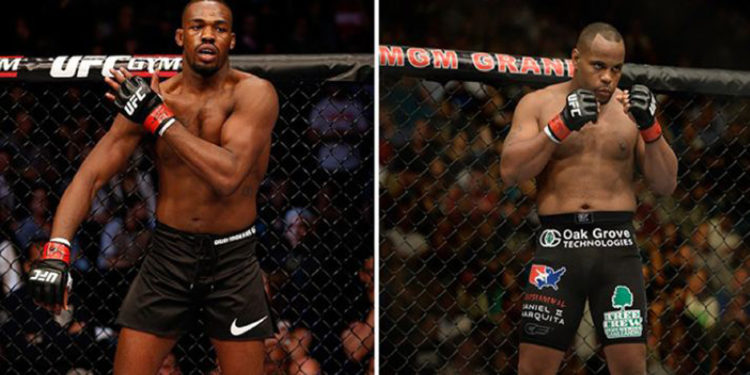 Daniel Cormier, current UFC Light Heavyweight champion, has already declared that he plans the retirement in the first part of 2019. Before that, DC will try to become the fourth competitor in the history of UFC who holds the title in two divisions. He will face Stipe Miocic at UFC 226 on July 7, 2018.

However, Daniel Cormier doesn’t want to turn down the possibility of Jon Jones trilogy. Despite Jones has already defeated him twice – unanimous decision victory at UFC 182, and head kick KO at UFC 214 (later overturned to no contest due to Jones banned substance abuse), DC won’t completely dog on Jon Jones.

Jon Jones is the only man who officially holds a victory over Daniel Cormier. But if DC gets the chance to fight and defeat the former champion before the retirement, he plans to go for it. (via MMAMania.com)

“I don’t know. I don’t know what he was doing. The only thing I can base an opinion on is from what came out publicly. I don’t think for a second that Jon Jones needed any type of enhancements to compete. I think he’s ultra-talented, he’s a fantastic fighter, he’s very smart in there, and I think he can do whatever he wants, but he chose to do it the wrong way. I can’t change that. All I can really worry about is what I can take care of. If a chance to compete against him arises, then I’ll take it and hopefully, finally vindicate those losses. That’s the only guy that’s ever beat me, and if I can get those back, I’ll be in business.”

Daniel Cormier was smoked by Jones in both fights, and he has no arguments to defend against that. When it comes to booking the third fight between the two champions, the combat community will probably be satisfied. What do you think, can Daniel Cormier finally get a revenge if the two face again?

Daniel Cormier Drives The Khamzat Chimaev Hype Train: ‘Get Him A Title Shot!’

Best Boxing Gloves To Use For Cardio Kickboxing! (Review 2020)