Daniel Cormier believes that Israel Adesanya and Alex Pereira will be a tough fight to predict.

Alex Pereira has faced Israel Adesanya on two occasions in kickboxing. Pereira came out on top of both contests, first by unanimous decision, and second by a vicious knockout. Shortly after he joined the UFC and made a successful debut, fans have been calling for a matchup with Adesanya.

Cormier does not think their previous results provide a fair outlook.

In a recent episode of the DC & RC Show on ESPN MMA, Daniel Cormier expressed his thoughts on the expected bout. Cormier kicked things off by breaking down Pereira’s deadly knockout of Sean Strickland at UFC 276.

He believes that ‘Stylebender’ would’ve done the same thing to Strickland due to the Californian’s forward pressure.

“But the way that he set up that outside left hand, oh my god! It was beautiful. The way he was like, he was jabbing him to the body so stiff it’s like a lot of guys jab to the body they kinda jab to the body, head falls off to the side trying not to get hit.

“Pereira’s just like, bang, bang, body shot jab, and then when he’s floating, he’s floating to his left which is what you’re not supposed to do because you’re circling into the power of Strickland.

“He was so little threatened that he’s going in action that Strickland’s punch is, dual changes, springs into the left hook, beautiful. Punches himself a ticket to a title fight.”

‘DC’ continued further to explain the brilliance of the matchmaking by the UFC to set up the mega fight.

“UFC matchmaking is perfect with this guy. They never really let him fight a Marvin Vettori or anyone that can like stymie him and hold him against the side of the octagon. Now, you get him vs. Izzy”

According to Cormier, Adesanya was winning their second bout and would’ve likely come out on top had it gone to the judges’ scorecards. However, Pereira knocked out ‘Stylebender’ and finished the fight before that.

“I want to tell people, don’t get too lost in the results of their first fights of them. Izzy was beating him in the second fight, Izzy was winning the second fight and got knocked out so go back and watch that kickboxing fight before we rush to judgement in rush to expectation of what Alex Pereira can do to Israel Adesanya.”

Israel Adesanya is expected to take on Alex Pereira in his next title defense. More updates and official announcements will likely follow soon. 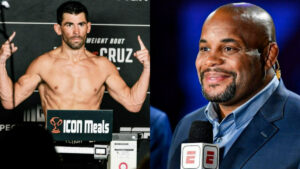 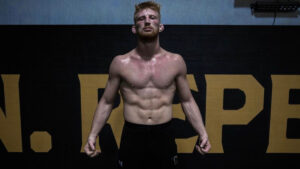