Dana White’s Tuesday Night Contender Series Season 2 Episode 3 was really an event to watch despite four fights were scheduled at the last moment.

There were few tremendous fighters, and some of them are even rewarded with a UFC contract! There were stand-up knockouts, which makes this event even more interesting to watch! Here are the results and the most interesting moments from Dana White’s Tuesday Night Contender Series.

Antonina Shevchenko is rewarded with a UFC contract, after winning Jaymee Nievera by an awesome second-round TKO. Antonina pressed her against the cage and landed few strong knees to the body and the referee stopped the fight.

Antonina Shevchenko (6-0) is an elite Muay Thai fighter with a 39-1 kickboxing record. She ran Nievera (7-4) over swiftly, throwing elbows and knees of the Muay Thai clinch. Nievera came as a short notice replacement but Antonina looked more than dominant throughout the game. (via MMAFighting.com)

“This means so much to me, I am so proud,” Shevchenko said. “We’ve had brothers in the UFC and now we have sisters.”

The fight didn’t literally even start, and Edwards made a superb feint with his shoulders, forcing Tweet to drop his hands. A weaving overhand right to the chin was the fastest KO at Dana White’s Tuesday Night Contender Series event!

As soon as Rebello ended up on the fence, Parisian lands a stunning reverse spinning backfist and sends him to sleep. Surprisingly, Parisian needed more than a second to execute this attack, and his opponent didn’t even try to raise his hands in the air!

Sometimes holding the hand next to your chin simply can’t be beneficial, especially if your opponent knows how to bypass your guard. It looks like Erosa’s timing was more than perfect!

In the longest fight of Dana White’s Tuesday Night Contender Series, Jordan Williams was very dominant and controlled the match in the first two rounds. Caron had few unsuccessful Kimura attempts, and Williams won via TKO after numerous elbows from side control position. This was definitively the most interesting fight of this Dana White’s Tuesday Night Contender Series.

What do you think of this edition of Dana White’s Tuesday Night Contender Series? Can Antonina follow the steps of her famous sister Valentina Shevchenko? 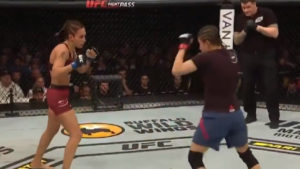 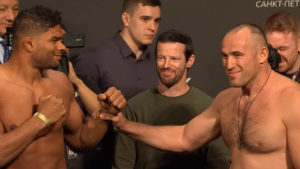 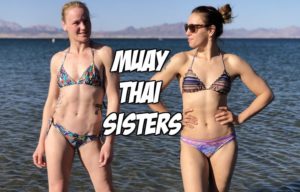