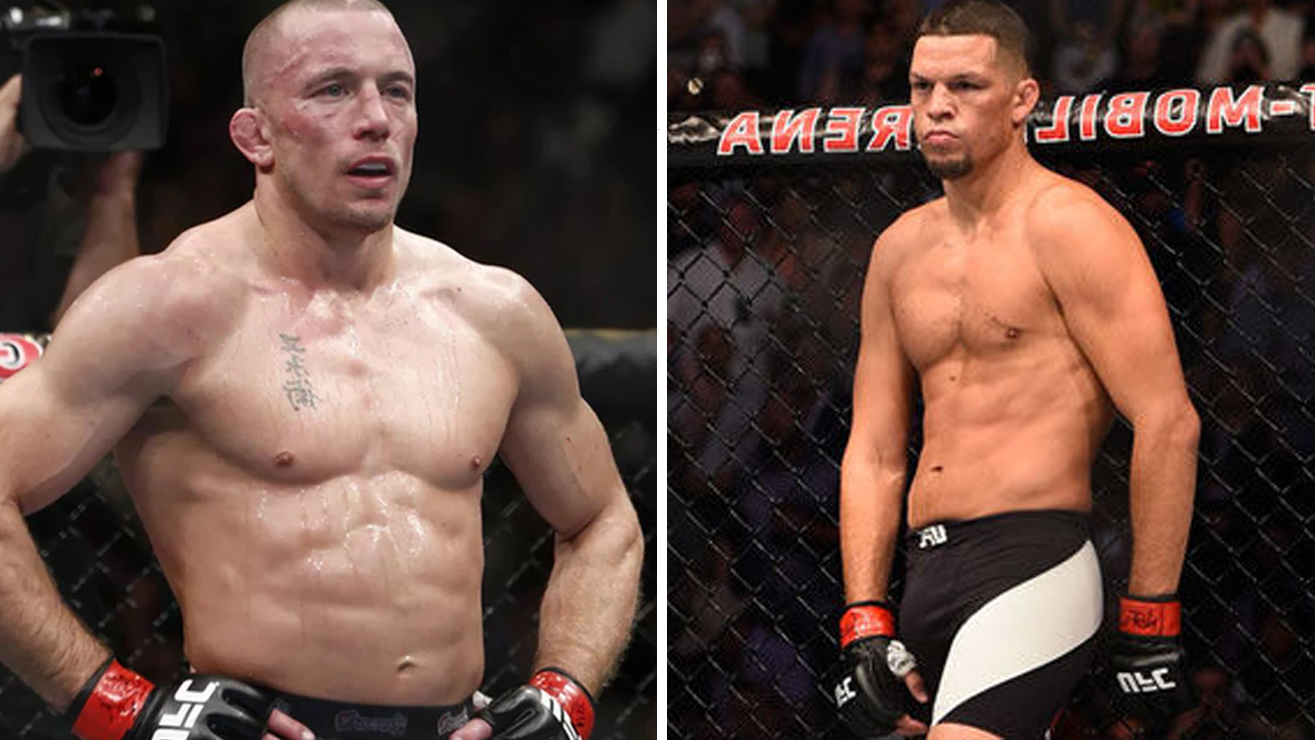 It looks like Nate Diaz will be getting the big fight he’s been holding back for, as UFC President Dana White confirmed that the promotion is working on a fight between the younger Diaz brother and former welterweight and middleweight champion Georges St. Pierre for UFC 227 this summer.

Diaz hasn’t fought since dropping a decision loss to Conor McGregor in their rematch at UFC 202 back in 2016. While fight fans have been clamoring for both Diaz brothers’ return, both seem content to sit it out until a big enough fight piques their interest.

White finally confirmed some preliminary details about the matchup during a recent episode of the UFC Unfiltered podcast (MMANyte):

“It is true and they would fight at 155-pounds… There are rumors, what did I see? That we were doing Gustafsson and Rockhold, that is true, but that’s not for the interim title, that’s false. It might be L.A., I’m targeting L.A. In my perfect world, if everything goes perfect, and nothing ever goes perfect in this world: Dillashaw vs Garbrandt, GSP vs. Diaz would be the co-main, Gustafsson vs. Rockhold and Brunson vs. Antonio Carlos Jr. It’s very interesting.”

UFC is interested, no doubt, but I’d categorize the talks as preliminary right now. Both men, quite recently, expressed very little interest in the fight for differing reasons. Few hurdles. https://t.co/UF8tQ5276m

White also revealed the UFC is working on a light heavyweight title between former middleweight champion Luke Rockhold and Alexander Gustafsson, which will likely take place at UFC 227 as well, with GSP vs. Nate Diaz serving as the co-main event.

St. Pierre has actually already fought and defeated Nate’s older brother Nick back at UFC 158 in 2013. A fight against Nate will afford the younger Diaz brother an opportunity to avenge that loss.

UFC 227 takes place in Los Angeles on August 4th and is shaping up to be quite the card should everything fall more to place and no one gets injured.

Report: Vitor Belfort is looking so old in this promo video about respect
← Read Last Post

A Lesson in Street MMA: Wrestling may be the best base for backyard fights
Read Next Post →
Click here to cancel reply.