Dana White: Khabib vs. Ferguson Has To Happen Next, But Admits ‘Eagle’ Could Fight GSP If Tony Unavailable 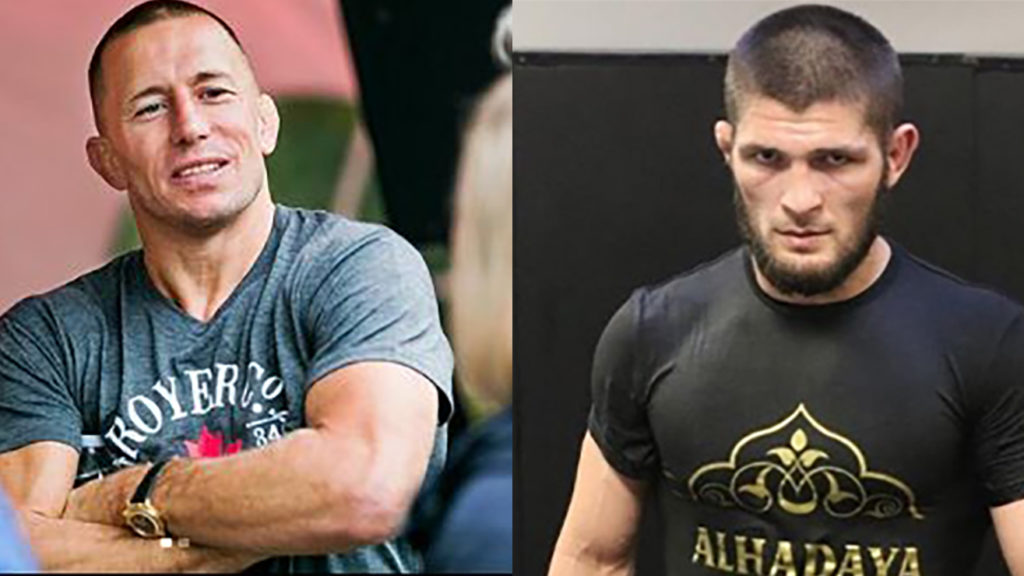 “GSP” was rooting for a 155-pound bout against Khabib, but UFC boss Dana White didn’t give the green light and challenged St-Pierre to defeat top 5 lightweight contender first. Shortly after the negotiations failed, Georges St-Pierre retired from the world of mixed martial arts and even exited USADA testing pool.

The bout between an undefeated Dagestani and Tony Ferguson was canceled four times in the past. “El Cucuy” is also on a great winning streak, so he’s definitively the next in line for Khabib.

“Well, Tony Ferguson is the fight that needs to happen. We’ve tried to do it about four other times, so hopefully, we can get it done this time.”

But when TMZ sports asked Dana White about Georges St-Pierre versus Khabib Nurmagomedov clash, he didn’t say it’s off the table!

“And that can happen too. So we’ll see what happens with Tony, and, you know, Tony’s had opportunities before that he didn’t take, so if he doesn’t, we can… you know.. I’d be interested in talking about GSP.”

Would you like to see the fight between Khabib Nurmagomedov and Georges St-Pierre in the future? Can French-Canadian defeat Khabib?