UFC president Dana White has set the tongues of UFC fans wagging after posting a photo of himself with Brock Lesnar on Social media.

Lesnar’s contract with the WWE is set to expire in just over a month and fuelling speculation that he could step back into the octagon.

Former UFC heavyweight champ and WWE star Brock Lesnar last fought at UFC 200 where his victory over Mark Hunt was marred by two failed drugs tests and a one-year ban. He holds notable wins over fighters such as Shane Carwin Randy Couture and Frank Mir. 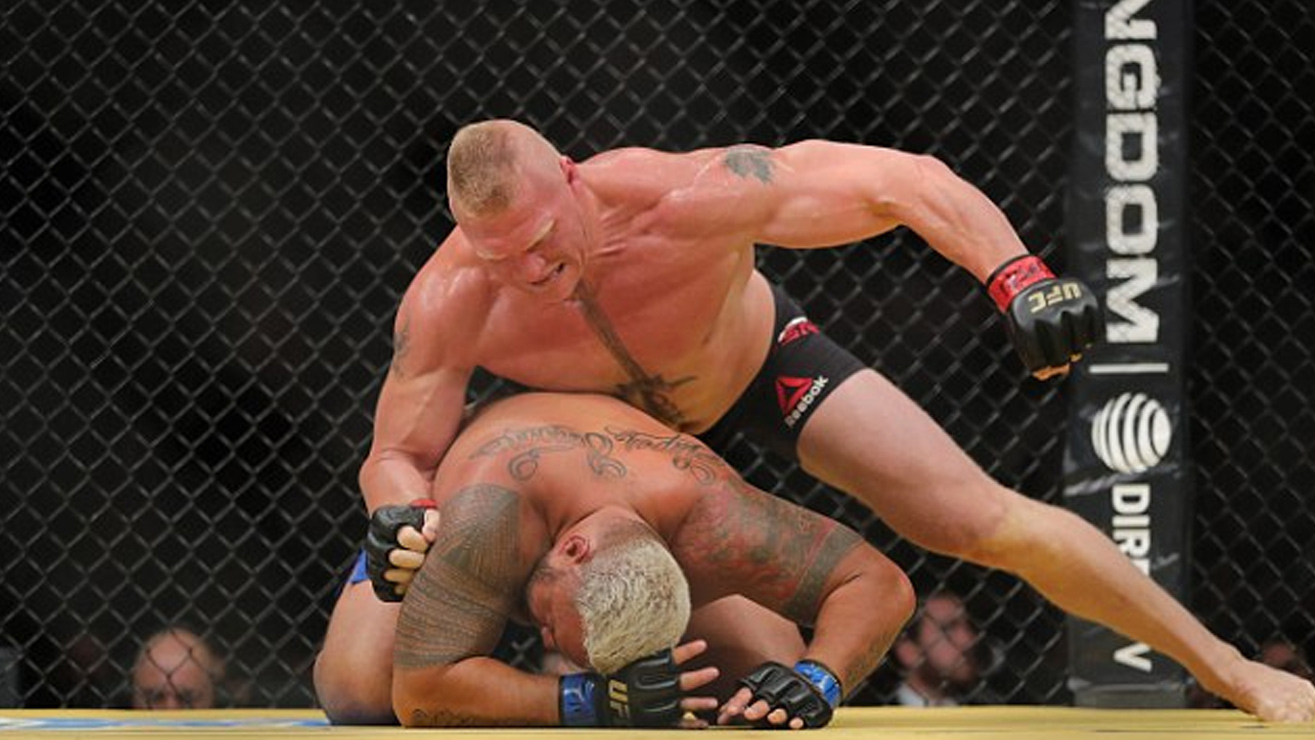 Lesnar is a huge draw for the UFC so it certainly makes sense from a business perspective but his octagon return would certainly attract controversy considering his recent track record with steroids.

White said Tuesday on SiriusXM NASCAR Radio, where he gave his thoughts on the odds of Lesnar returning to the MMA game in 2018:

White said earlier this month he “wouldn’t be shocked” if Brock Lesnar returns to fight in MMA at least once more.

Lesnar himself would still have to serve five months of a USADA drugs ban for taking anti-estrogenic agent Hydroxy-clomiphene prior to his bout against Hunt in the summer of 2016.

How many of you want to see Brock Lesnar back in the Octagon?

Sage Northcutt gets in trouble with face swap app, LOL’s, then tries to delete it
Read Next Post →
Click here to cancel reply.