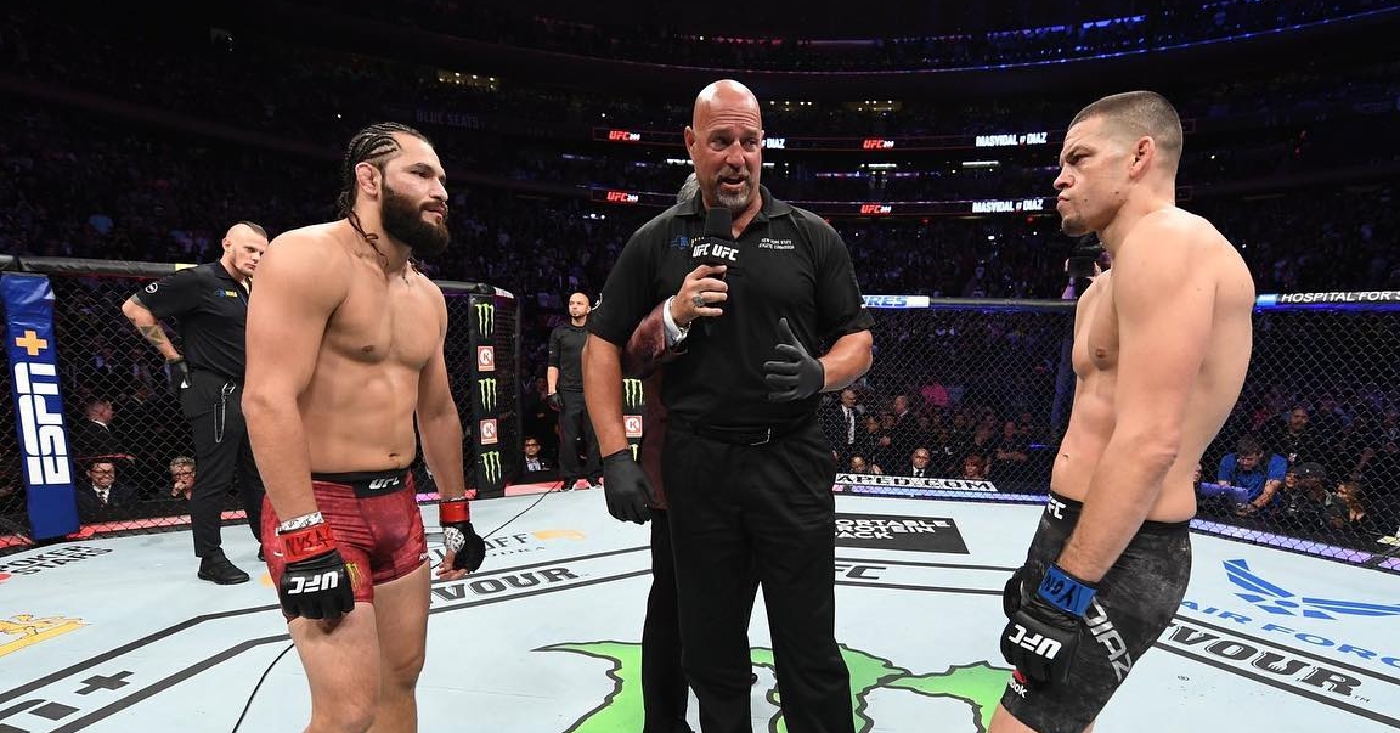 When unveiling the “Baddest Mother F—er” title prior to UFC 244, Dana White said the belt would be a one-off affair. However this is no longer the case, provided Jorge Masvidal and Nate Diaz fight again.

The first time the BMF belt was brought into fruition, it was met with excitement among the fanbase. Diaz essentially created the title while calling out Masvidal, so White arranged for a unique belt to be made. Furthermore the event got a ton of promotion, even featuring appearances from Dwayne Johnson. While the fight ended in controversy, it would be Jorge who would walk away as the reigning BMF champ.

Dana White Confirms BMF Title Is On The Line Again

The UFC recently revealed they were working on booking a rematch between Jorge Masvidal and Nate Diaz for January. Speaking after this week’s Contender Series, Dana White confirmed this was something the UFC was interested. Not only that, but he says if they can make the bout official, the BMF title will be up for grabs again.

“(Masvidal) wants to defend (the BMF belt) against Diaz,” White said. “They were the first two to fight for it so he wants to put it up versus Nate again.”

There has been a mixed reaction to the announcement of Masvidal vs Diaz II. Perhaps this revelation from White, that the BMF belt will be on the line, will lift the spirits of those who are critical of the booking. On the other hand, most of the complaints come from those who feel their first fight was not particularly competitive, even in spite of the eventual doctor’s stoppage. So it seems unlikely that this will do anything to change the mind of those fans.

What do you think about Dana White saying the BMF title will be up for grabs again?