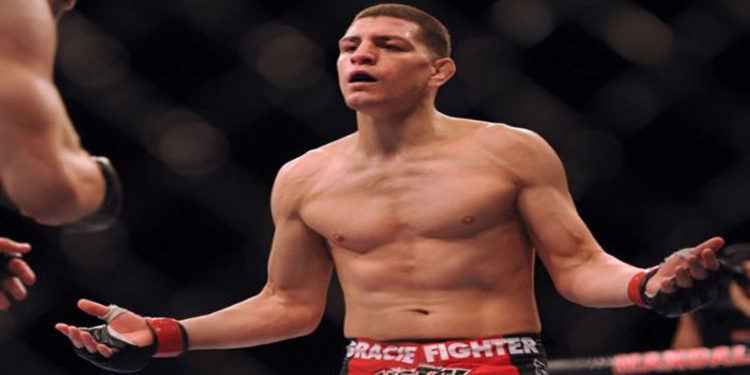 After three years of suspension, Nick Diaz, one of the most interesting to watch fighters ever in the history of UFC, could make a spectacular comeback.

Dana White told TMZ sports in an interview that Nick Diaz is interested in fighting as soon as possible: (quote via BloodyElbow)

“I think Nick Diaz is interested in fighting right now. We’ll see. We’ll see how that plays out. This year, the rest of this year, nothing but great fights coming up. So hopefully we can make a couple of those.”

Nick Diaz is an older brother of Nate Diaz, and both of them are extremely known for their controversies, bad words, and a big mouth. The Diablo is known since the year 2003 when he submitted Jeremy Jackson at UFC 44 and knocked Robbie Lawler out cold at UFC 47.

After winning Strikeforce in 2010 and three successful Strikeforce Title defenses in a row, the Diablo re-signed for UFC and sent BJ Penn to hospital at UFC 137, but he was defeated in the title bouts from Carlos Condit and Georges St-Pierre. During the whole match against Condit, Nick Diaz couldn’t keep his mouth shut, and he was tested positive for marijuana, which led to the new suspension.

In the last fight at UFC 183, Nick Diaz faced Anderson Silva and he was defeated via unanimous decision. The Spider was positive for steroids and Nick was positive for marijuana for the third time, which led to 18-month suspension and $100,000 fine.

Looks like Nick Diaz didn’t learn his lesson. Will he repeat the famous comments and dictionary from his title match with Carlos Condit? Despite he hasn’t been active for a long time, the crowd simply loves his behavior, and we can expect him in the co-main or even the main event of the evening.