UFC president Dana White is a remarkable promoter, but every so often he does things that make everyone question how he is the president of a sports association. The beef between White and Schaub emerged when UFC had controversial Reebok deal; it met an avalanche of criticisms coming from fighters and fans. Schaub is one fighter who expresses his unhappiness with the current pay structure and that prevented fighters from getting their own sponsors.

Dana White once again bash Brendan Schaub on Instagram. Recently, on his podcast, Schaub was discussing performances of both Israel Adesanya who outclassed Brad Tavares at TUF finale and former K-1 and Glory kickboxing champion Gokhan Saki who got KO loss at UFC 226.

“I think everybody is all high and mighty on these guys who come from kickboxing, boxing backgrounds. When they come over to the UFC, they expect them to be elite strikers,” Schaub said. “The distance, the combos, the head movement, the number of variables, it’s a completely different game, so to me that never translates.”

After the criticism, Adesanya took to Instagram to call out a point Schaub made:

After caught wind of those comments, Dana White tried his utmost to humiliate Schaub in the comments.

Brendan reacted in a kind way, insulted white over Ronda Rousey and telling Israel he was referring to another kickboxer Gokhan Saki: 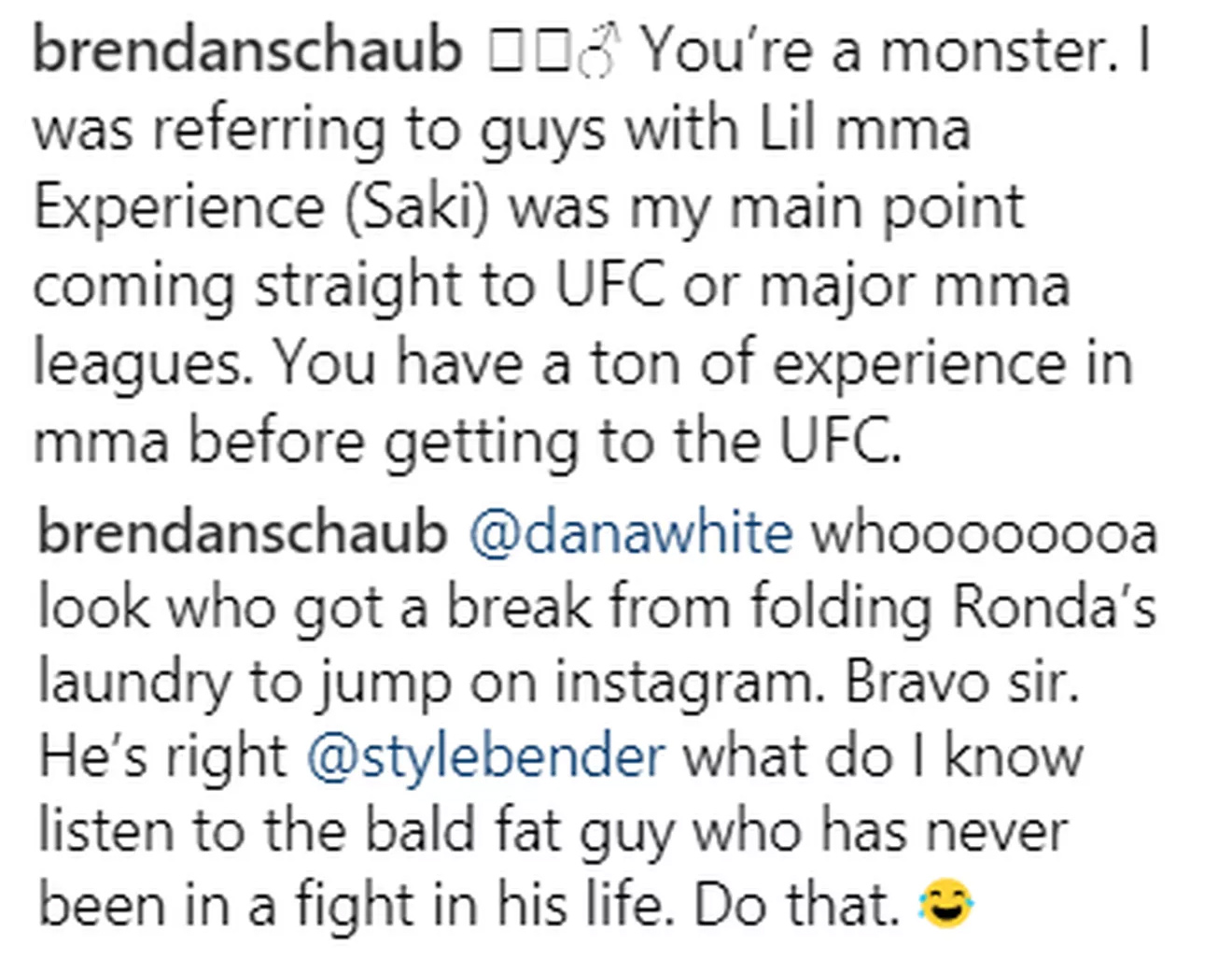 What do you think of their beef?

Report: What the hell is going on with Brock Lesnar’s teeth?
← Read Last Post