It’s already a proven fact that tattooed fighters lose more often than their unmarked skinned counterparts, it’s come to be expected. Just recently though have we have seen an influx of power on the MMA scene due to Battle Beards. Some recent examples of the Battle Beard have included Conor Heun and Cheick Kongo, look at what the beard did for them.

It’s obvious the beard helps, it helps even more if you grow a mustache, but I don’t make up these mystical rules, I just live by them.

Here is a picture from our friends at Lowkick.com revealing a Battle Bearded Dan Henderson training for his fight against Fedor Emelianenko on July 30th. 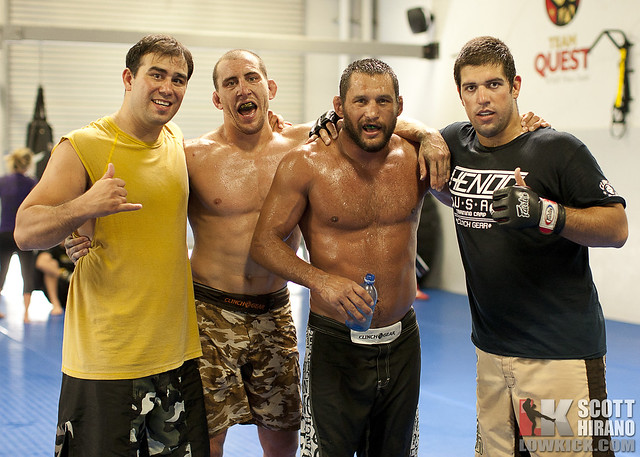 You can see the rest of the pictures of Hendo training in the beard here.

Aw crap, Ranger UP is 'out' as a Strikeforce/UFC sponsor
← Read Last Post