Dan Hardy believes that Abel Trujillo should be hung to death for his recent pleading guilty of sexual misconduct with underage girls. 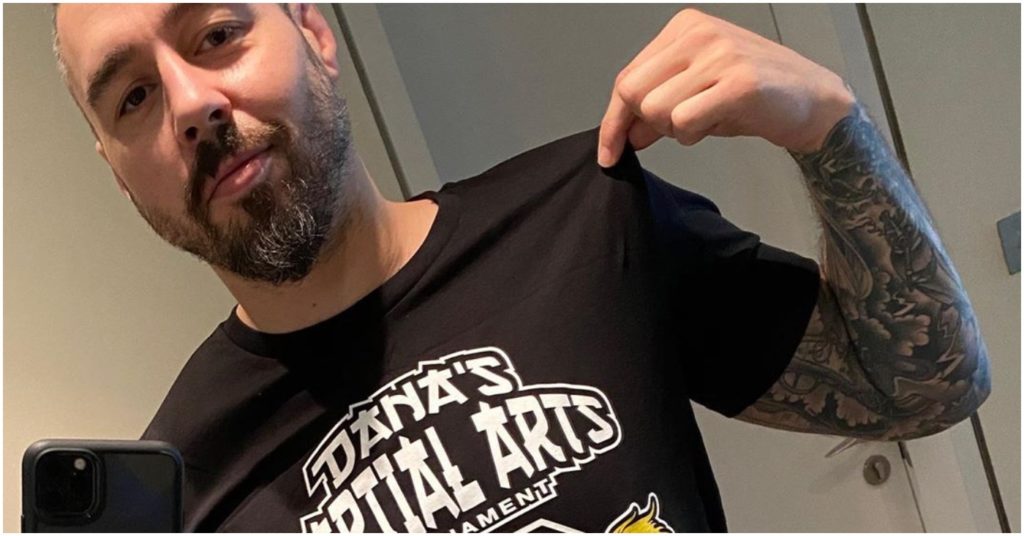 Recently, former UFC lightweight Abel Trujillo pled guilty to sexual exploitation charges in regards to having inappropriate conversations with underage women via social media and sending nude photos. Furthermore, it wasn’t the first time that Trujillo was in trouble with the law in those regards. For UFC commentator Dan Hardy, he had some harsh words for Trujillo, saying that he should be hung to death.

Trujillo admitted to sending sexual messages to underage girls. However, he wasn’t clearly identifiable in the images. Nonetheless, investigators assigned to the case were able to identify the man in the images as Abel Trujillo due to skin tone, body style, and tattoos.

Additionally, Trujillo has twice pleaded guilty to charges of domestic abuse in the past. And in both cases, the conflicts involved the mother of his child. He’s since exited the UFC on a 2 fight losing skid in 2017.

Hardy took to social media to react to the news. Under the post, Dan posted a comment of his own that garnered quite the reaction from the MMA community.

How do you get probation for that shit. Just hang him and be done with it. He should have no right to oxygen anymore. ☠️

“How do you get probation for that sh**? Just hang him and be done with it. He should have no right to oxygen anymore,” wrote Hardy.

Fans were surprised to see Hardy go as far as to suggest death for Abel. However, once the fans voiced their concerns with the comments, Hardy doubled down on his words.

You can’t unscrew that kind of sickness.

“You can’t unscrew that kind of sickness,” responded Hardy in regards to his comments being too harsh.

At the moment, there is no word if Hardy will receive any sort of backlash from the UFC for his comments. Regardless if they are warranted or not. In most cases, fans notice that UFC employees turn into “corporate shills” once they sign on the dotted line.

Clearly, that isn’t the case for Dan Hardy.