Buckley will look to make it two wins in a row when he faces Abdul Razak Alhassan in a middleweight bout at UFC Vegas 48.

Viral self defense trainer and meme Commander Dale Brown will be featuring at UFC Vegas 48.

As first reported by TMZ, the Detroit Urban Survival Training founder will be cornering Joaquin Buckley for his middleweight bout with Abdul Razak Alhassan at UFC Vegas 48 on Saturday night.

And apparently, Brown made such an impression that he is now set to corner Buckley and offer him advice during his upcoming fight.

“He thought of me as soon as they needed another cornerman,” Dale told TMZ. “Super excited and honored to be chosen by a respected talented pro-MMA fighter that was so impressed by my urban survival tactical training system after he tested it that he wanted me on his team as the first ‘survival tactics cornerman.'”

Dale Brown: There Will Be Surprise Tactics

Brown even got his license from the Nevada State Athletic Commission last week and is eager for Buckley to display some never-before-seen D.U.S.T. tactics inside the Octagon.

“There are going to be surprise tactics never seen before used in the MMA UFC Octagon,” Brown added. “This collaboration is going to be totally unexpected and these new Detroit survival tactics will be just as unexpected.”

Brown gained worldwide popularity after a number of self-defense videos went viral on social media. Not everyone is a fan, though — namely Tai Tuivasa. 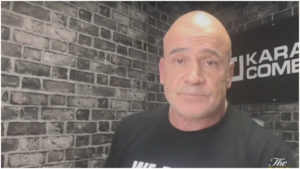 Bas Rutten Says Self-Defense Guru Dale Brown Gets People Killed: “They Give Them A False Sense Of Security” 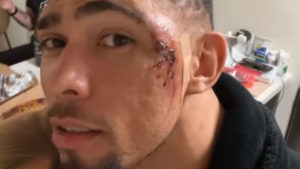 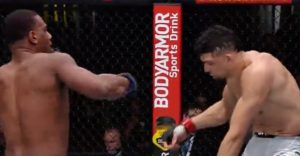 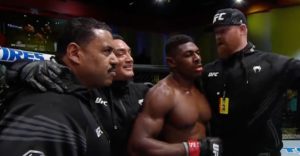 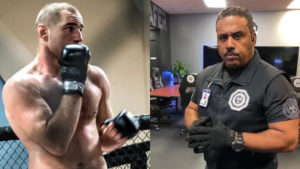