UFC light heavyweight Ion Cutelaba has tested positive for COVID-19 which has forced him out of his anticipated rematch against Magomed Ankalaev indefinitely. 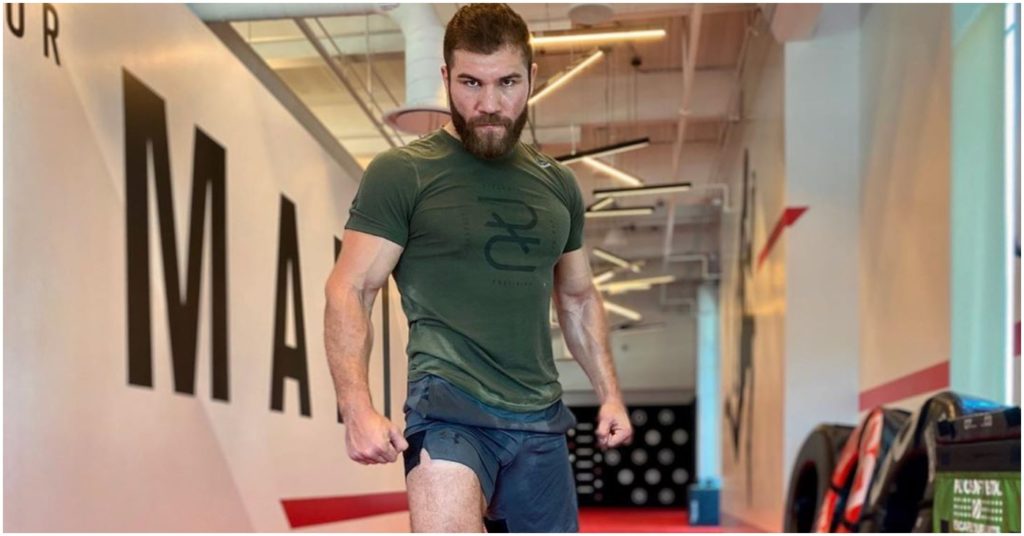 The UFC has done the best it’s possible could to continue putting on events throughout the global pandemic. However, its roster of fighters hasn’t been able to completely escape the dangers of the virus. So far, the UFC has had a plethora of fighters test positive for COVID-19, with Lyman Good being the first public case. Afterward, fighters such as Gilbert Burns have tested positive for the virus and it’s affected their fight. Now, UFC light heavyweight Ion Cutelaba has tested positive for the virus, taking him out of his rematch against Magomed Ankalaev.

The pair of light heavyweights collided on the main card of UFC Norfolk. However, it was short-lived as Ankalaev appeared to have hurt Cutelaba early on. The Dagestan native splashed on the pressure on a shaky Cutelaba who was damaged but still battling back. Nonetheless, referee Kevin MacDonald stepped in and stopped the fight with Cutelaba objecting instantly.

Many have since called it the worst stoppage in UFC history and Cutelaba is inclined to agree. After announcing that he would be appealing the loss following the fight, the Moldovan expanded more on the incident in an Instagram post.

However, MMA reporter Igor Lazorin (via TASS) reported that Ion has tested positive for COVID-19. The positive test has landed Ion in quarantine and out of the fight.

According to Lazorin, the match has been postponed, not canceled. However, there is no word on when the match is scheduled to take place. For now, Ion will be on a mandatory lockdown until his symptoms clear. Then, he will have to take another COVID-19 test and be cleared, in order for the bout to be rescheduled.

Best wishes to Ion during his recovery process.