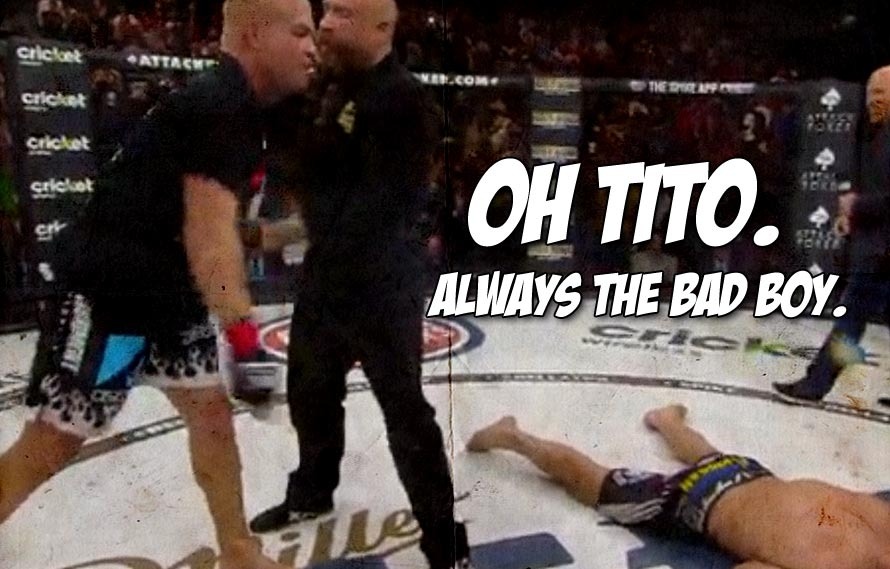 Many of us have doubted the credibility of the Tito Ortiz and Stephan Bonnar blood feud, with many expecting Tito and Bonnar to hug it out afterwards and tell the world that they were just selling a fight. Why? Because that is usually what happens in MMA. Tito has postured up hard against opponents like Ken Shamrock before, only to be friendly now like nothing ever happened.

Last night after the final bell rung an exhausted Stephan Bonnar walked over to his corner and leaned against the cage while Tito Ortiz approached him and gave the double middle finger at him. Then, after the decision was announced Bonnar collapsed in a heap of disappointment while Ortiz poured water over him.

It was clear that Ortiz wasn’t done with Bonnar just yet and that the bad blood was still there. CSAC didn’t find most of this funny, though, with it coming out today that they’ve levied a rather paltry fine of $2500 against him, which was a drop in the bucket considering he made $300,000.