UFC president Dana White recently said at UFC On Fox 30 ceremonial weigh-ins that Cyborg vs. Nunes is the fight that we need to get it done.

Talk of the super fight between UFC featherweight champion Cris Cyborg and Bantamweight champion Amanda Nunes intensified earlier this year, amid calls from ‘Lioness’ camp. There was a lot of social media back and forth, but both ended up defended their respective belts.

Earlier this month, Cyborg and Nunes went on social media to battle again, but the problem is both UFC stars were disagreed about the date of a possible meeting in the octagon, as Cyborg wants to stay active. Her last fight was back in April when she successfully defended her title against Yana Kunitskaya; She’s already been sitting around for four months. Cyborg wants September 8 showdown, but Nunes already signed the December showdown.

Cyborg suggested she’s willing to grant Nunes her wish of fighting in December – but she wants another fight first.

Nunes cited she needs time to heal some nagging injuries to her foot, but she’s ducking her fellow Brazilian fighter.

”Amanda has talked a bunch of stuff, saying she couldn’t fight, that she was injured and would take her six months to recover,” Cyborg said. “She challenged me in January and said she’s injured and needs some time. Ok, fine, but I’m a champion in my division and I’m always fighting.

”She’s used to fighting only once a year, but I’m ready to fight now. It’s been four months since my last fight, and I’m ready.

“There’s no excuse. ‘Oh, but there aren’t opponents for you.’ There are. If you look out there, there are. I’ve always fought in Invicta and always had opponents.”

”If you watch her interviews, it’s like she’s going out on vacation,” Cyborg said. “My job is fighting. I want to fight. I don’t want to stay out for almost a year in my prime. I think it’s disrespectful. … Dana (White) took Colby Covington’s belt. He won that belt two months ago and was stripped because (Tyron) Woodley wants to fight and he’s injured.

“How about me, who wants to fight? She challenged me six months ago and still needs six months? She said she’s going to travel with her girlfriend. No problem with that, but I’m ready to fight. A champion must be ready at all times. I want to fight now, and when she’s ready we can fight.”

Do you think Cyborg vs. Nunes will happen by the end of 2018? 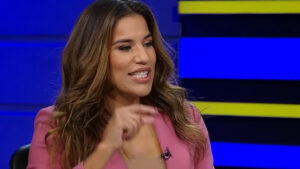 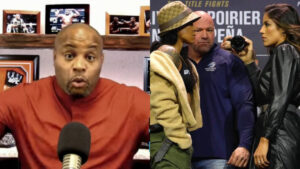