Cris Cyborg burns all her goodwill, tries to report Megan Anderson to US Immigration 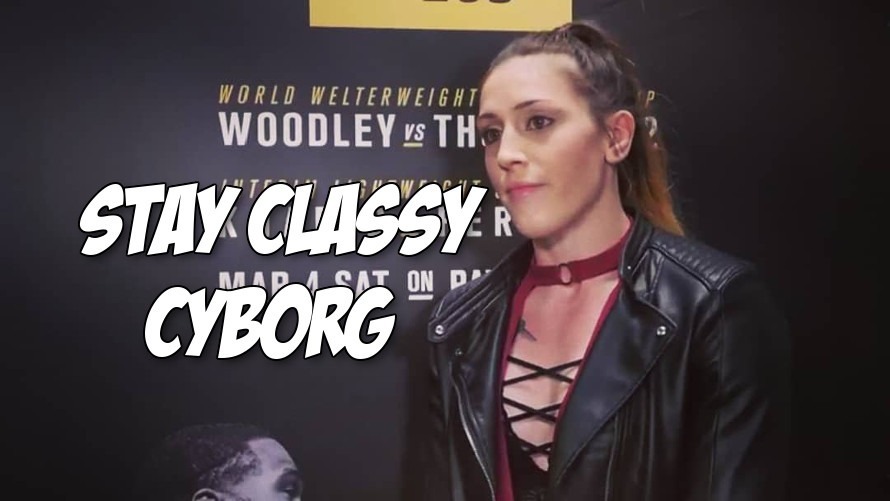 You know that friend in your crew who attracts drama wherever they go? That’s Cris Cyborg. The latest person to be sucked into the Borg Hurricane of Drama is Megan Anderson.

Ever since Megan Anderson won the Invicta 145 pound belt, her sights have been set on a big money fight with Cyborg. The two have been bickering on Twitter, since pretty much forever.

Late last night Cyborg took a bazooka to a verbal knife and torched Megan Anderson by basically trying to get the Aussie deported from the USA. WTF?

Well since you're apparently fighting Nunes, when I return in a few months, I want a fight.

Ray Elbe… This is Twitter. The UFC has a HQ. I suggest you do business there and talk to them like my management are… https://t.co/sb3ehmHnKQ

You have no idea what you're talking about. Instead of trying to run my name through the mud again, about my personal issues that you know nothing about but think you do, go talk to the UFC. This isn't the conduct of a champion. Shame on you Ray. https://t.co/kHdMPbUP87 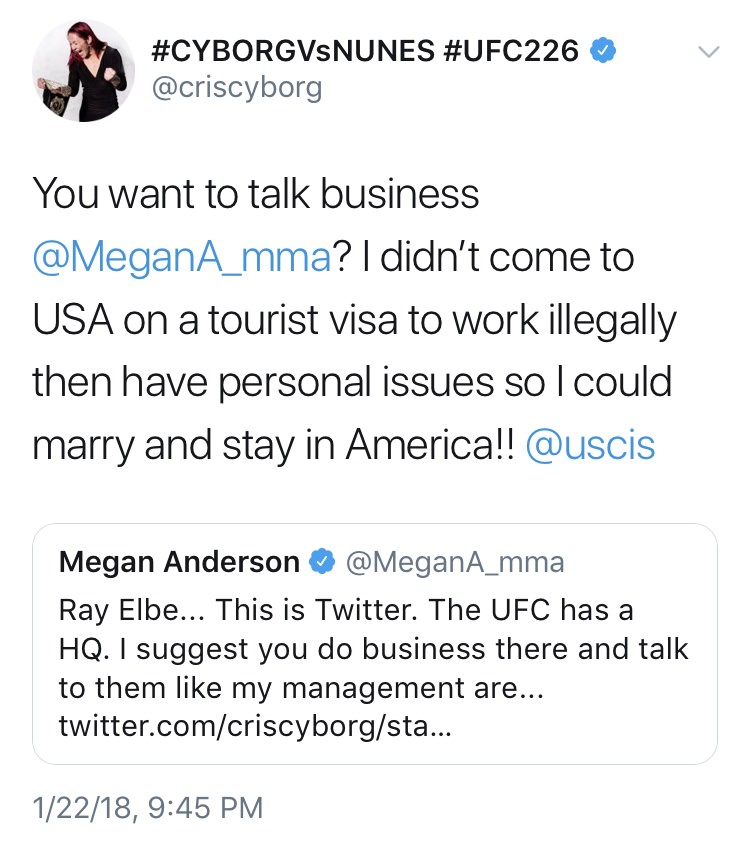 Cris Cyborg, or whomever is in charge of her social media, just flew off the handle. Why? We’re talking potential MMA fights and then you tag the person your beefing with to the US Immigration offices? But why?

Bad look from an UFC champion who is often looking for sympathy from fans and the promotion she works for.

A Lesson in Street MMA: This fight league takes place in the back of a moving 18-wheeler?
Read Next Post →
Click here to cancel reply.