Colby Covington: Nate Diaz vs Jorge Masvidal Is The “Battle Of The .500 Fighters” 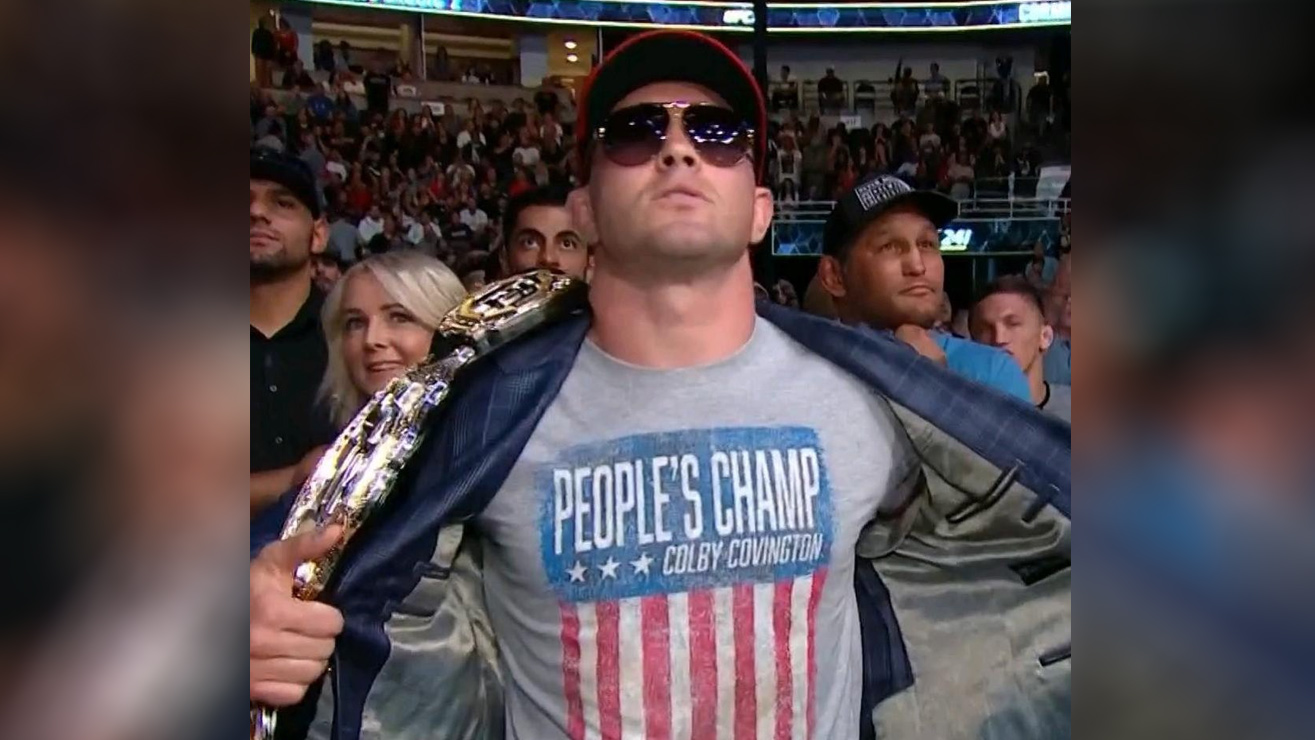 The aftermath of UFC 241 has tensions riding high, especially in the UFC’s welterweight division. “Needle mover” Nate Diaz called out Jorge Masvidal for a belt that doesn’t exist. Diaz also claimed not knowing who Colby Covington is. Whether or not Nate paid attention to the sport during his three-year hiatus is yet to be seen, but one thing is for sure; Covington doesn’t care what Nate Diaz thinks.

Colby has been on a press run world tour lately, traveling from show to show and making headlines. After getting banned from Miesha Tate’s Sirius XM radio show, Covington decided to take his persona to the TSN MMA Show.

Regardless of Nate Diaz allegedly not knowing who Covington is, Colby still spoke on the potential matchup between Diaz and American Top Team teammate Jorge Masvidal.

Just Facts From Colby, Nothing Personal

For clarity, Covington also said that the statements weren’t personal towards Masvidal and that they were just facts. No shots were taken. “Where is the lie?”, said Colby. “I am saying all truth and facts here. If someone gets mad at me or a media member, or him even, for saying facts, then you are living in denial, a delusional world,” he continued.

Covington doesn’t care about Nate Diaz. Especially because he has a confirmed title fight approaching against welterweight throne holder Kamaru Usman. Were Colby’s comments crossing the line in regards to his friendship with Masvidal? Or, do you think it’s a hidden way to help build the fight for his friend?

Victim Of Alleged Conor McGregor Bar Attack Speaks Out: 'I Can Take A Punch'
Read Next Post →
Click here to cancel reply.