Daniel Cormier isn't keeping his gameplan a secret against Stipe Miocic. He plans to wrestle and smash Stipe until he gets his hand raised. 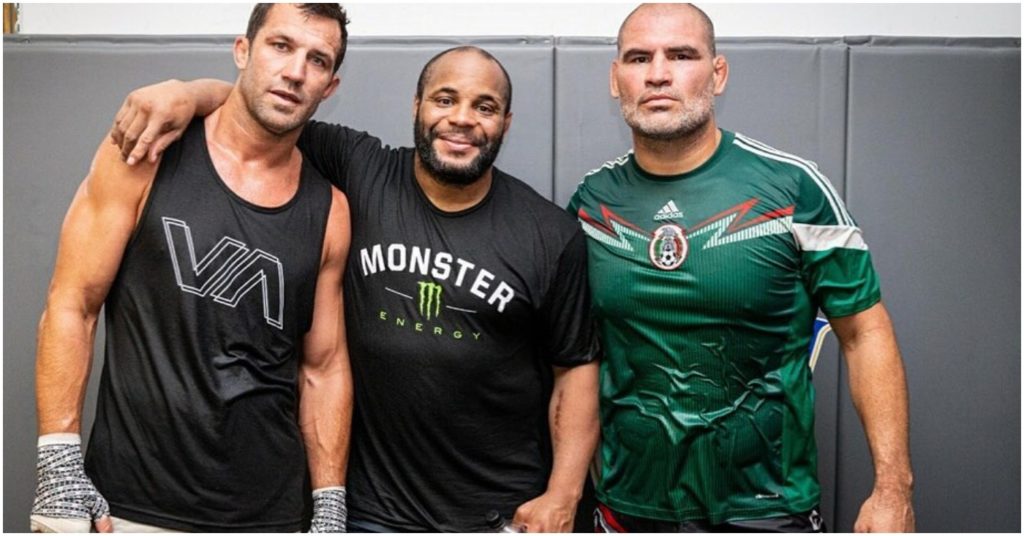 Daniel Cormier is a man of confidence. Throughout the course of his MMA career, DC always knew that if he performed to the height of his capabilities, he would become a UFC champion. After a reign as a double champion, Cormier’s confidence never wavered. Now that he’s fighting Stipe Miocic for the third time, Cormier believes that if he uses more wrestling, he will smash Stipe.

After some exchanges on Twitter, Cormier and Miocic will finally meet in a trilogy bout at UFC 252. The card is scheduled to take place on August 15th. Furthermore, it will apparently serve as the final bout of Cormier’s career. DC recently stated that he plans to fight Miocic the same that way UFC Heavyweight Curtis Blaydes just fought Alexander Volkov.

With supreme confidence, Cormier spoke on the UFC’s program “Embedded” on how he plans on smashing Miocic. Especially after he incorporated more of his legendary wrestling skills into his gameplan.

“The last fight was a good fight,” stated Cormier. “I started well and he made adjustments and got the victory. But, by no means do I look at that fight and think there are areas I can’t fix. I plan to use more of my wrestling, I’ve worked a lifetime to acquire these skills, and I kind of went away from that fight. Does that mean I am going to eliminate or avoid striking? No way. That was a very competitive fight.

“So, by no means can I not stand and fight Stipe Miocic for 25 minutes. The smarter way to get my hand raised is to use all my tools,” DC continued. “I expect a very tough, I expect Stipe to be in great shape. I expect him to believe that he is going to go out and win. The reality is I am going to smash him. I’m going to win this fight, I’m going to do my thing like I’ve done so many times and get my hand raised.”

Prior to the embedded episode, Daniel revealed his plan to single-leg Stipe to death. Part of that is due to taking advantage of the smaller cage that the men will share in the UFC’s APEX Center. Instead of keeping his gameplan a secret, Cormier has made it clear that he will apply a full display of heavy wrestling. Now, it’ll be up to Cormier’s execution that will tell the world if he smashes Stipe like he says he will.