Cormier Says Johnson, St-Pierre Share His GOAT Distinction But Jones And Silva Do Not 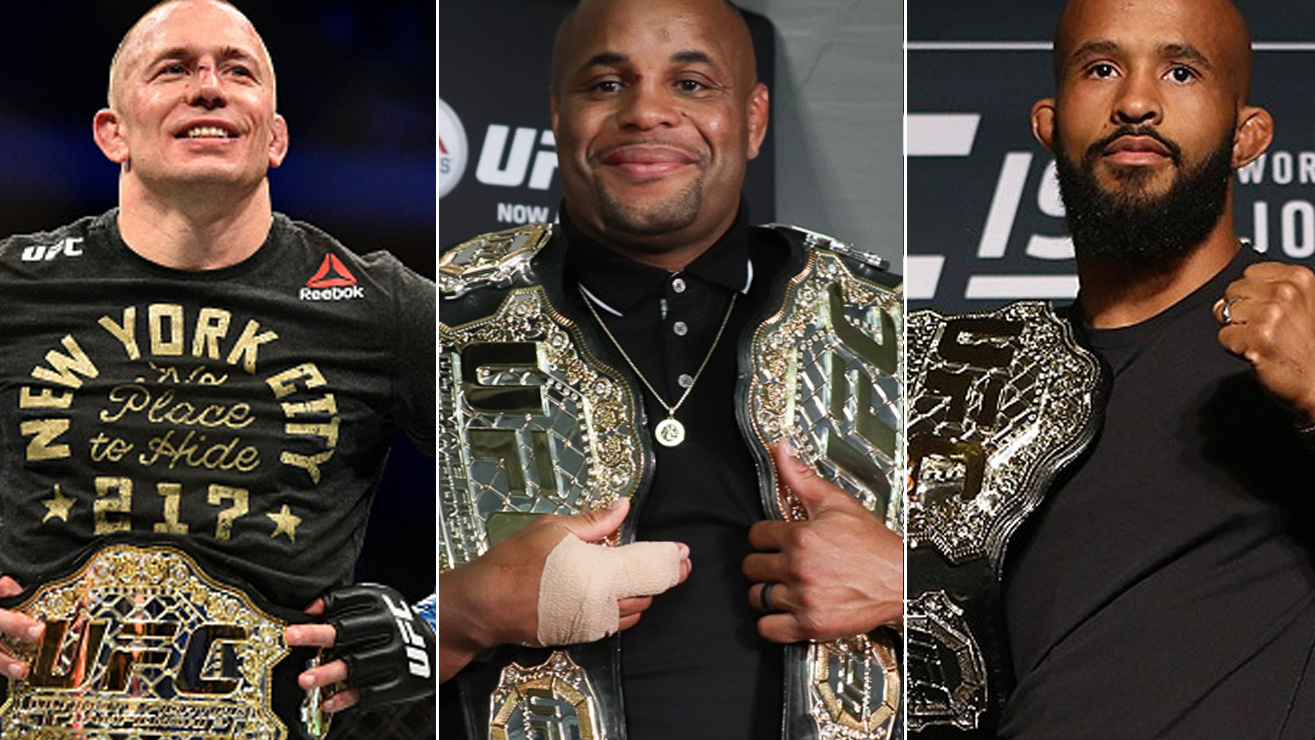 Daniel Cormier: Demetrious Johnson And Georges St Pierre Share The GOAT Status With Him But Jon Jones And Anderson Silva Do Not

Well, who doesn’t come in GOAT debut?  Anyone who tests positive for PEDS once or more, you’re disqualified from the Greatest of All-Time status.

According to Cormier, who wants to be considered the GOAT, which he earns after knocking out Stipe Miocic at UFC 226. ‘DC’ cements himself as one of the greatest fighters in the UFC’s history and becomes the only second fighter to hold titles in two divisions simultaneously.

Cormier said, he was drug-free all his career, so according to him Demetrious Johnson and Georges St-Pierre shared the GOAT conversation with him but failed to acknowledge former rival Jon Jones and Anderson Silva due to their history of drug test failures. (Via MMAnytt)

“Demetrious [Johnson], Georges St-Pierre, these guys have none of these bad things tied to their names and these are the guys I should share the conversation with,” Cormier said. “I’ve never had any negatives and I’ve never had to go in front of any commission and explain why my test came up messed up. That’s why I should be in the conversation because I’ve done things the correct way.

Anderson Silva, who like Jon Jones has failed twice, is on the sidelines, but Silva recently resolves his issues with USADA and eligible to return by the end of this year, Jones still under the USADA umbrella facing a lengthy suspension.

Whether you consider Cormier or St-Pierre the GOAT or DJ depends on what you value most out of a fighter’s body of work. But no doubt  Cormier has earned his spot on the short list.

Do you agree with Cormier’s GOAT comments?

Loser of seven straight, Melvin Guillard says ‘in the fight game, you're not done until you're dead’
← Read Last Post

Brendan Schaub talks potential Max Holloway stroke rumors he may or may not have started
Read Next Post →
Click here to cancel reply.