Former UFC double champ Daniel Cormier has finally responded to the funny callouts from Max Holloway over the course of his title run. 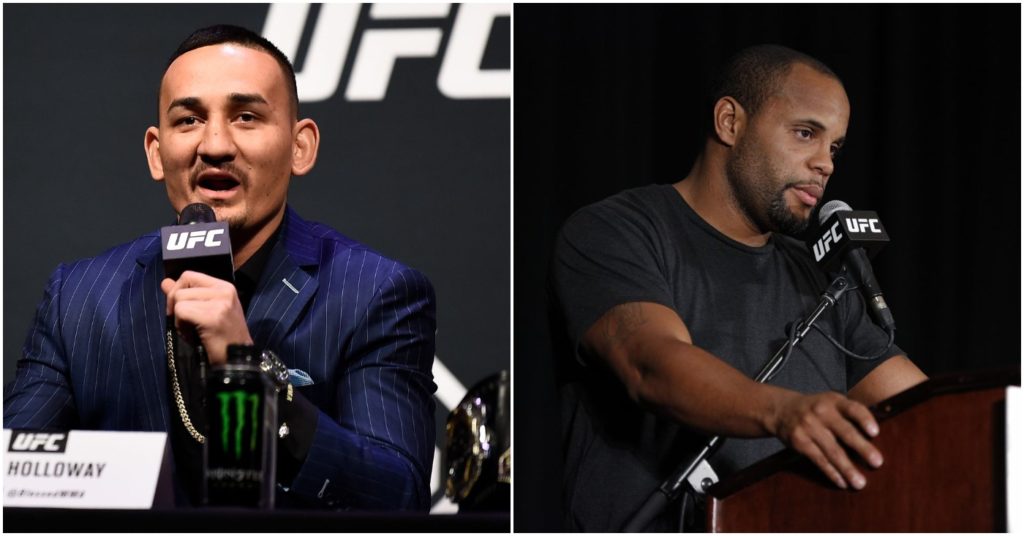 Former UFC featherweight champion Max Holloway has playfully called out Daniel Cormier to a fight on multiple occasions. However, Cormier never took the bait and continued with his career. Now that Daniel has turned into a beloved media personality, DC finally responded to the callouts that Holloway has given over the years.

Over the years, Cormier has gained respect from a host of former UFC champions such as Holloway and Khabib Nurmagomedov. His playful nature and desire to be a role model has built a great rapport with fighters on the roster.

Recently, Holloway appeared with Cormier via an ESPN MMA Q&A session. During their chat, Cormier finally responded to all of the callouts from Holloway over the course of his championship run.

“I’ve ignored this question for a while,” said Cormier to Laura Sanko. “But Holloway, you don’t want this. Holloway has called me out for awhile but I just kept trying to let him make it.”

Then DC told a story about Max on The Ultimate Fighter.

“Holloway wanted to test me. This is when he understood that he couldn’t take me. He grabbed me and I threw his little a** down on the couch. I think that’s when Max understood ‘I’ll call him out from a distance, but I can’t deal with big huggie bear,'” said DC.

“What I learned from DC is that whenever I hang out with DC, (someone) would say that guy is strong. And then I talk to him and he’d say ‘yeah, ain’t sh**.’ I feed his ego to let him think he has a chance. That’s what I did to him and look, it worked. And he retired.”

The hilarious back and forth continued and even showed DC flexing his muscles for the camera. With Fight Pass hurting to find original content that fans would enjoy, perhaps turning on a camera when DC and Max are together would be a huge moneymaker.