Tim “The Thrashing Machine” Hague passed away today, Sunday, June 18th, 2017, Father’s Day. He was 34 years of age.  He is survived by his nine-year-old son, Bradley.

Hague died from a brain injury sustained in a brutal knockout loss to Adam Braidwood. Following his passing, questions have arouse surrounding the fight’s booking and whether the Edmonton Combative Sports Commission should have even allowed the fight to take place.

The ECSC licensed Hague to fight despite his seven knockout loses in the last two years. Hague had asked to fill in against Braidwood on only a few weeks notice after Briadwood had been left opponent-less. Hague saw the fight as a great opportunity to showcase his talent against elite competition. In reality, it was a fight he was not prepared for, and possibly not healthy enough to be in.

According to the Edmonton Regs Tim Hague was not fit to be licenced till at least April 2018 given his recent string of TKO/KO losses.

The ECSC does require that all fighters provide a baseline CT scan of the brain to get licensed. What remains unclear is exactly how the ECSC processes that information. Does the commission consults its own doctors, or does it rely on the information supplied from the fighters doctors? How much examination does the fighter health receive before a decision is made to license a fighter? All of that information still remains vague. I for one remain skeptical about the ECSC’s commitment to thoroughly vet its combat athlete, particularly when you consider just how much scandal has surrounded the commission in the last few years.

Twitter account ECSC Corruption does a fantastic job documenting the abundant issues surrounding the Edmonton Commission under the leadership of Pat Reid. It lays out a timeline of repeated incompetence and negligence that is a black eye on the sports of both boxing and MMA. In 2011, the commission allowed an MMA fighter take fight night gloves away from the venue a whole 24 hours before the scheduled bout. Subsequent investigations point toward evidence that during the fight the gloves were heavily altered and tampered with. A major scandal involving glove tampering should have been enough to raise eyebrows, but the ECSC leaders remained intact. Earlier this year, a fighter with 12 knockout losses on his record was allowed to leave an Edmonton fight post-knockout without medical treatment, despite not being able to recall where he was or what year it was. He was hospitalized later that day with a brain hemorrhage.

Despite regular accusations from the media of multiple improprieties, there has never been any serious push to replace Pat Reid and the leaders of ECSC.

Tim Hague had been on a career decline, and like many aging fighters in a brutal sport, he was taking too much damage in fights he was no longer competitive in. His seven knockout loses in the last two years of his life should have been a massive warning sign to the commission that this fighter’s health needs to be looked at very hard before being licensed to fight. By Edmonton’s own guidelines, Hague was not fit compete. This licensing seemed to be an exemption granted to Hague. And it was a decision that seems to put the desires of the promoter before the safety of the fighter.

Commissions were created to act on behalf of the fighter’s best interest, especially at times were those interests run in opposition to their desires. Just because a fighter wants a fight, doesn’t mean they should be allowed to. If the history of combat sports has taught us anything, it has taught us this. Fighters simply cannot be trusted to look out for their long term health. The financials of combat sports are simply too tempting for some fighters not to risk their health for a payday. It’s a fundamental reason why combat sports need government regulation, so that the health of the participants is considered by an entity unaffected by the financial success of an event. Unfortunately in our modern combat landscape, this is simply no longer the truth. Now states seems more concerned with creating commissions that cater to the demands of promoters, instead of looking to create a safe sport. As long as states are going to value the profits made by their combat sports promoters over the safety of the fighters, the problems that allowed this tragedy to occur will continue to plague not just Edmonton, but all combat sports. 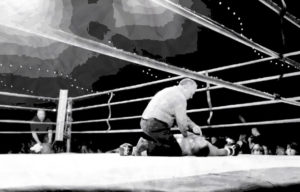 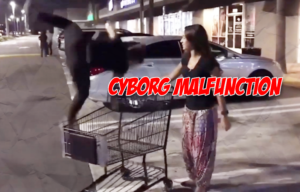 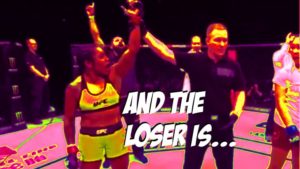 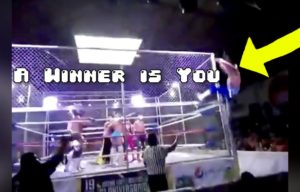 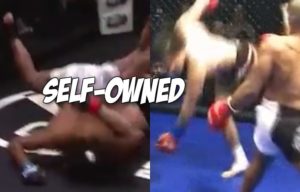 GIF: Who did it worse? Fighter hits nothing but air Showtime punch or fighter KO’s himself? 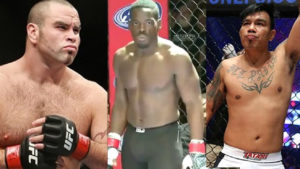 MMA Fighters Who Passed Away In 2017