Conspiracy Theory: Josh Barnett Says It’s UFC vs Pride For Him Next But What Does That Mean?

by Justin Golightly
in MMA News

Josh Barnett is a busy man. The Warmaster has his badass cars, Magic the Gathering, movies and metal music to listen to, but the beast can only go so long without tasting blood. Trog the Berserker God requires sacrifices and Barnett is happy to oblige. It was thought that Fabricio Werdum was next in line, but Barnett has other ideas… 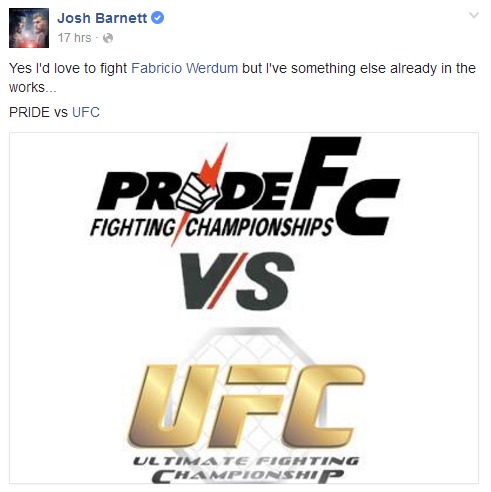 Barnett left this image on his Facebook page and left it for everyone to speculate. What could this mean? Is Barnett the one representing Pride, or is it the other fighters in the UFC Heavyweight division? I mean, he is a former UFC Heavyweight champion. Barnett could be aiming for Alistair Overeem who may become the new champ after fighting Stipe, or maybe Mark Hunt but he already has a win over him. 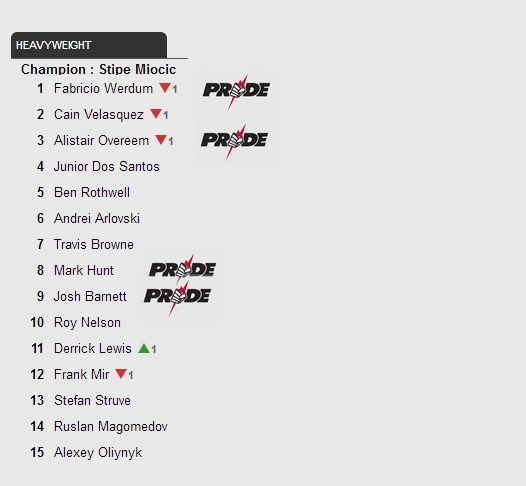 Most likely Barnett is talking about fighting Overeem so you heard it here first, but I’m just going to go ahead and say he’s finally fighting Fedor because that’s what we do.

Video: Cody Garbrandt Voluntarily Gets His Skull Shifted for His Health

Watch: Fedor’s open workout doesn’t give us much hope he’s beating Bader or not retiring