Could it be? Every living breathing human knows in a mixed martial arts fight Conor McGregor would eat Floyd Mayweather’s soul. We’ve seen movie before and it involves Mayweather playing the role of James Toney while McGregor is Randy Couture as he gleefully rains down punches in full mount.

So shouldn’t Floyd Mayweather obliterate Conor McGregor from this Earth when Mystic Mac steps outside his comfort zone and into Money May’s home turf?

Throwing out logic, common sense and any kind of in-depth boxing analysis, maybe McGregor knows something we don’t. Maybe this picture of Mac battering, bruising and dismantling the face of sparring partner/Showtime commentator Paul Malignaggi has all the answers.

One left hand. In the first 12 seconds of his boxing debut. McGregor over Mayweather faster than McGregor over Aldo, so the combat sports world can consume itself by cosmic self-face eating. 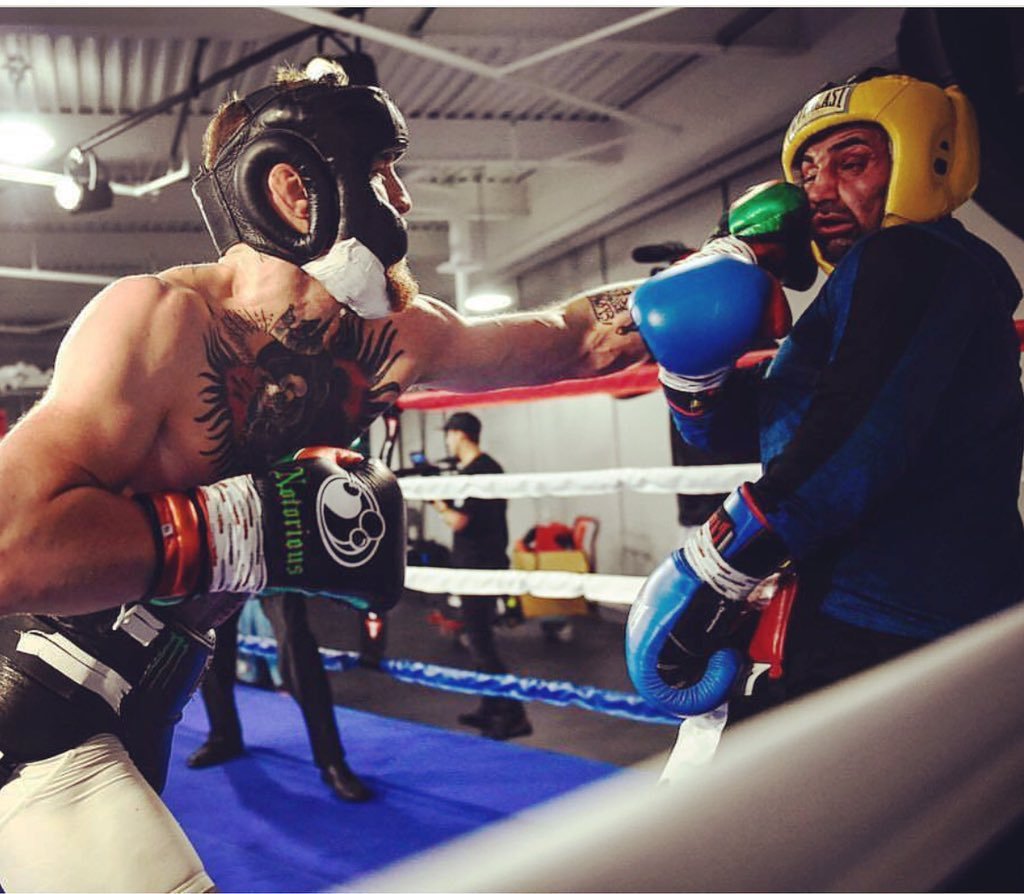 Stipe Miocic calls out boxers Anthony Joshua, Deontay Wilder so his own fans boo and turn on him
Read Next Post →
Click here to cancel reply.