Posted on Last updated: May 7, 2020 By: Author Rory Robinson 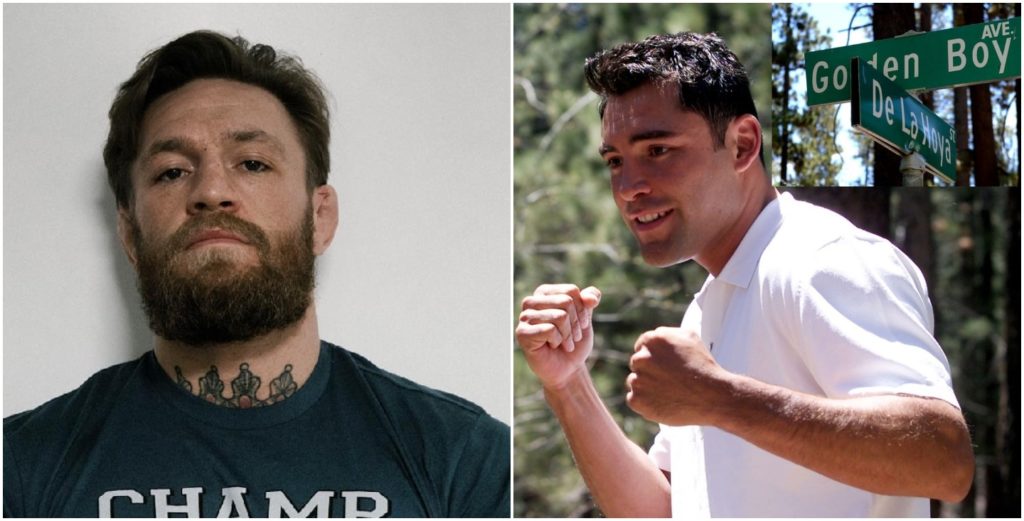 The world thought that it would be impossible for Floyd Mayweather to compete against Conor McGregor in a boxing ring in a sanctioned bout. Then, “May Mac” happened on August 26, 2017. Since that moment, boxers and mixed martial artists have tried to cross into the other sport to secure a payday. Unfortunately, things just never came to fruition. In order for big crossover events to happen, there has to be two household names that are still skillful enough to make a competitive bout. Which… is why Oscar De La Hoya called out Conor McGregor? Of course, it didn’t take long for Conor to respond and accept De La Hoya’s challenge.

Of course, McGregor caught wind of the comments. And in Conor McGregor’s fashion, he used his social media platforms to accept the invitation and speak about it.

Even at age 47, the Golden Boy Promotions founder doesn’t seem to rate McGregor’s boxing skills highly. At least going by his prediction of how a boxing match between himself and the former two-weight UFC champion would go.

Who knows if the men will ever step foot in a boxing ring together. After all, it could be difficult for Golden Boy to work alongside with the UFC in order to get a deal done. But, if the two men meet, does De La Hoya stand a chance?