Conor McGregor taking a page out of the Jon Jones social media playbook is delightful to watch. Remember that Jose Aldo pic from earlier in the week? Yeah, so does Mystic Mac and he had some thoughts on Aldo’s muscle structure.

Four years later and these two dudes still hate one another. MMA rivalries are best when they are extra petty. Aldo is a few days from a homecoming fight at UFC 237.

Aldo also says he plans to retire from MMA at the end of the year. So what does Conor McGregor do in the comment section? Of course he accuses Aldo of being on steroids then deletes it.

Just sprinkle the aura of that promo into some brownie batter. Mix it all up. Put it in the oven, watch the promo some more while it cooks. Let it cool down then just devour all it up.

Why can’t the UFC give us nice things? Due to MiddleEasy putting this out in the Universe, Aldo is going to get knocked out at UFC 237. Mac will come back versus Cowboy Cerrone for a fight with no build.

Come on Fight Gods, whisper a little something in Dana White’s earlobe. Jose Aldo versus Conor McGregor Part Two live in Dublin, Las Vegas, Brazil or on the moon.

The hate is still strong in this one, don’t let it burn out for nothing. 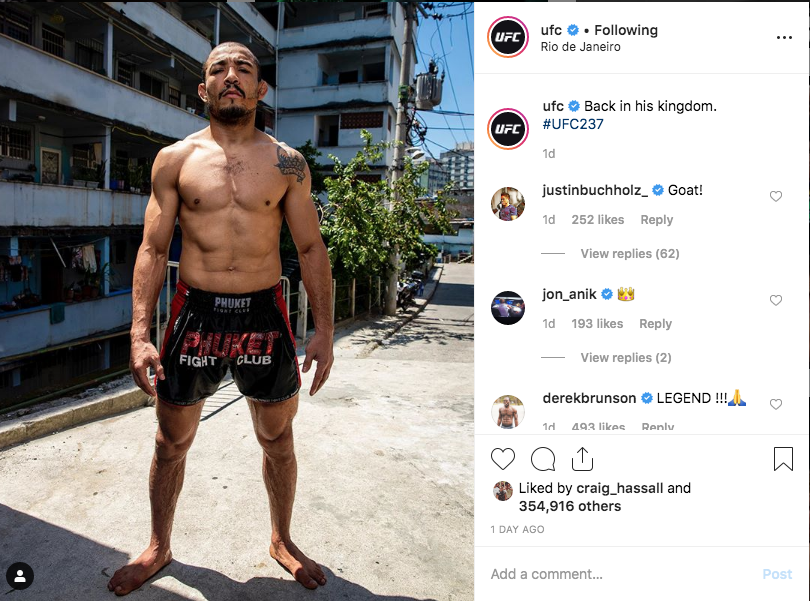