Conor McGregor Is The Most Tested Athlete By USADA

UFC lightweight champ Conor Mcgregor is famous for breaking records. He has won a handful of titles himself, has made history as a two-division champion in both Cage Warriors and the UFC including the biggest gate and massive purse just to name a few.

A twitter user @dimspace put together some very interesting data on the U.S. Anti-Doping Agency’s (USADA) testing done on the UFC ranked fighters for every division.

As per the USADA data gathered by Dimspace on Twitter, Notorious is the most tested athlete (fighter) in combat sports, and it’s not that close he has been tested by USADA a total of 36 times. 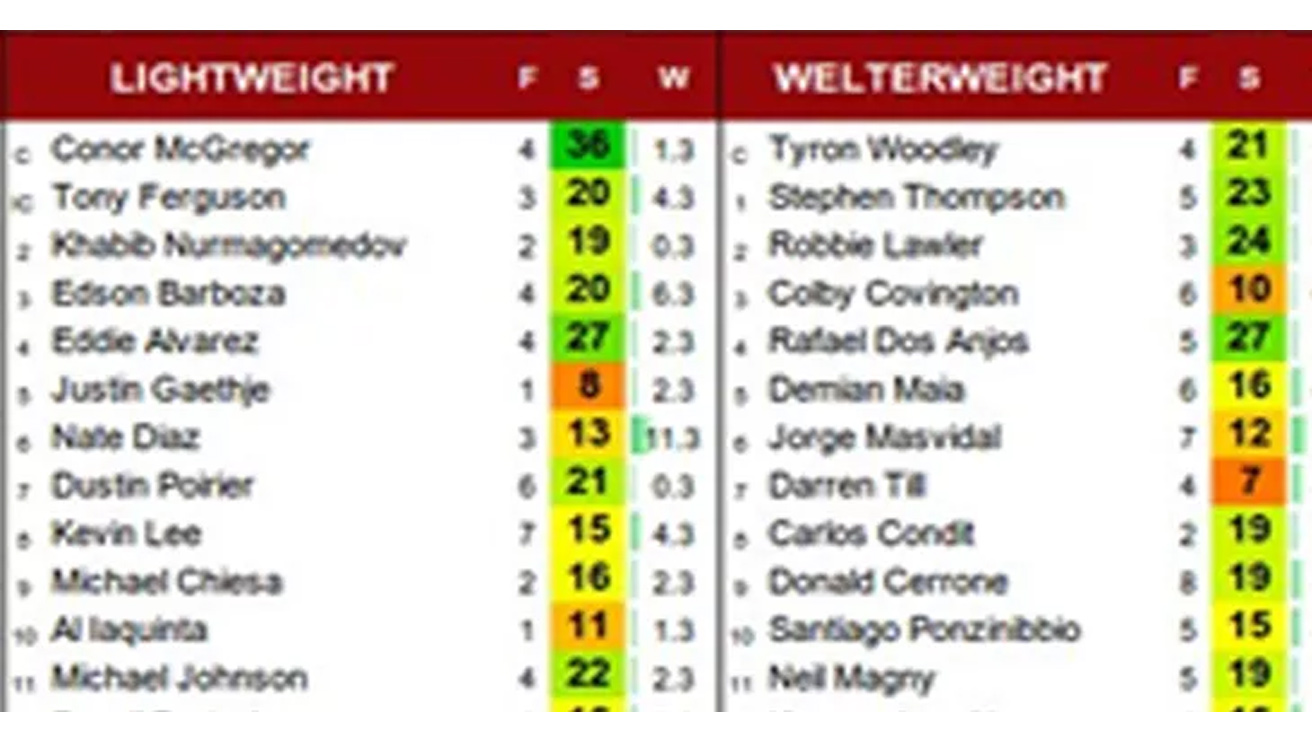 “I’m happy to be tested. The boy [Nate Diaz] is not far along — they f-cking all are on steroids. So it is f-cked up. The co-main and main at 200. That’s messed up to me. I don’t know. It’s his teammates that have been caught before. I just hope that he’s being tested as much as I’m being tested. I am happy to be tested. I never kick up a fuss. I never do [a Jose] Aldo and throw the piss over my shoulder and ring the police like he done in Brazil. I welcome them in, I do the test and on they go and then that’s it. It’s a good thing for the sport, that’s all I know.”

Mcgregor openly against the usage of PEDs in the UFC. Nate Diaz has made his feelings on ped use in the UFC pretty well known – ‘everybody is on steroids.’ He even accused Mcgregor of steroids usage during the built up of their first fight at UFC 196. To remind you a maximum of 11 times USADA tested Mcgregor for his highly anticipated boxing match with Mayweather only.

Check out the sticklers, if you subtract the boxing tests from his total number and only count UFC tests, then Holly Holm actually be the most tested athlete in the UFC at 31 tests by USADA.

Conor Mcgregor shines through all the hurdles. Regardless of his personality and his recent controversies, at least have to call him a clean athlete in two sports UFC and Boxing which is something to be proud of. 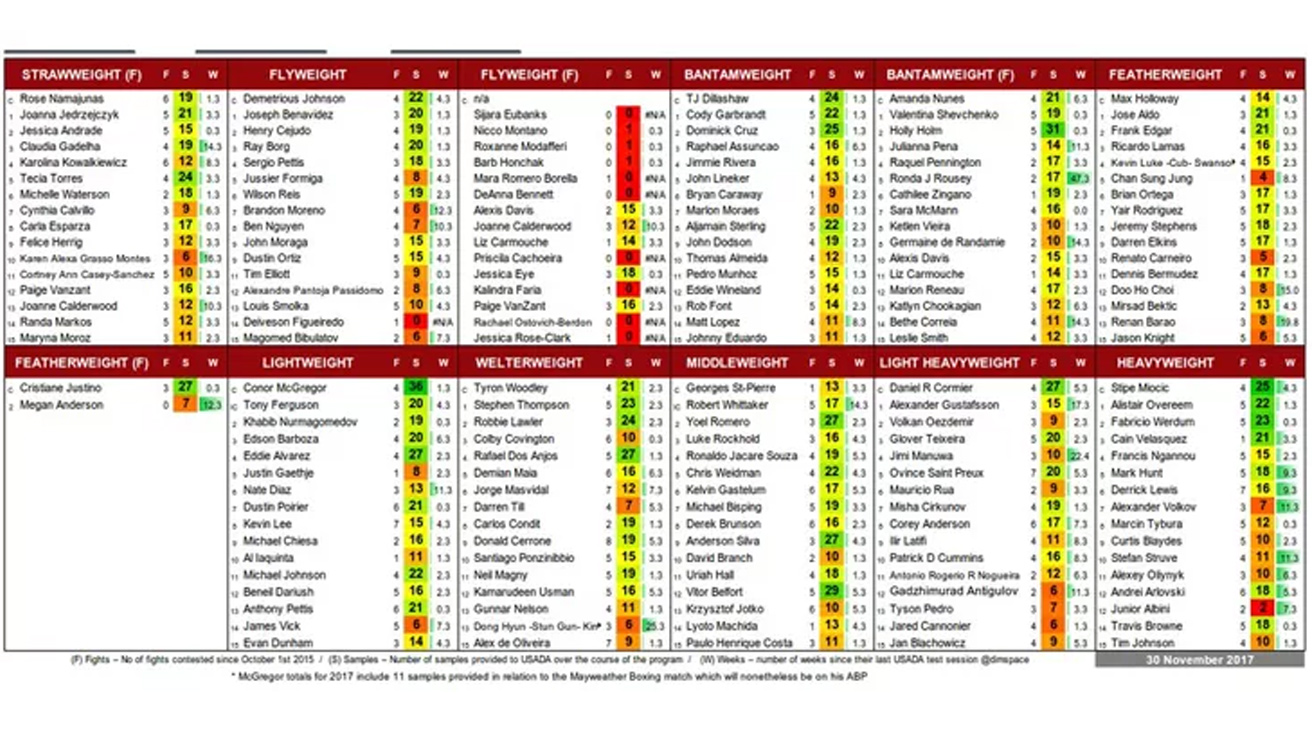