Conor McGregor takes a pic holding a gun in a bathrobe; The Internet rightfully roasts him for it

Look, Conor McGregor is a legit gangster. We’ve seen Conor McGregor’s video blog where he has prime Vitor Belfort hand speed and will make you tap with a vintage Fedor belly down armbar. Conor McGregor once almost fought one of his Twitter followers for attempting to troll him; don’t test Mystic Mac or you’ll have to throw hands.

Clearly McGregor is really excited for Narcos season 2 on Netflix and to celebrate this occasion he posted a picture on his one of his social media accounts. That’s real gangster shit. Living in a world where McGregor is now 1-1 with Nate Diaz, Mac is enjoying a life full of red bathrobes and large guns.

Poor (Very Rich) McGregor, the rest world just doesn’t understand how damn good it feels to be a gangster from Dublin. 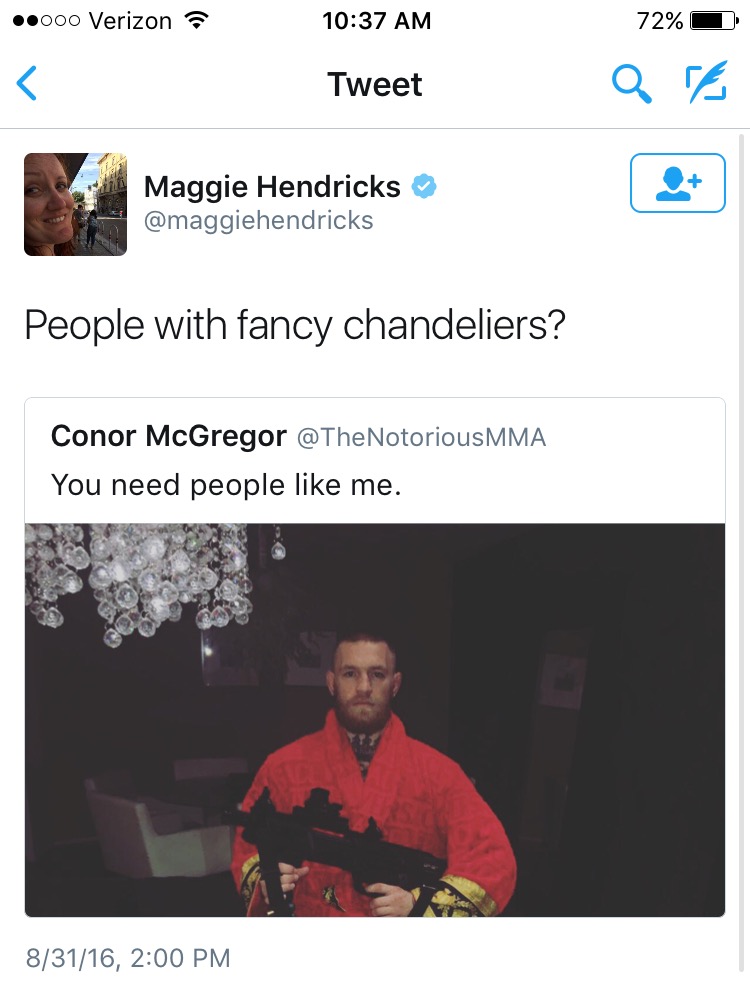 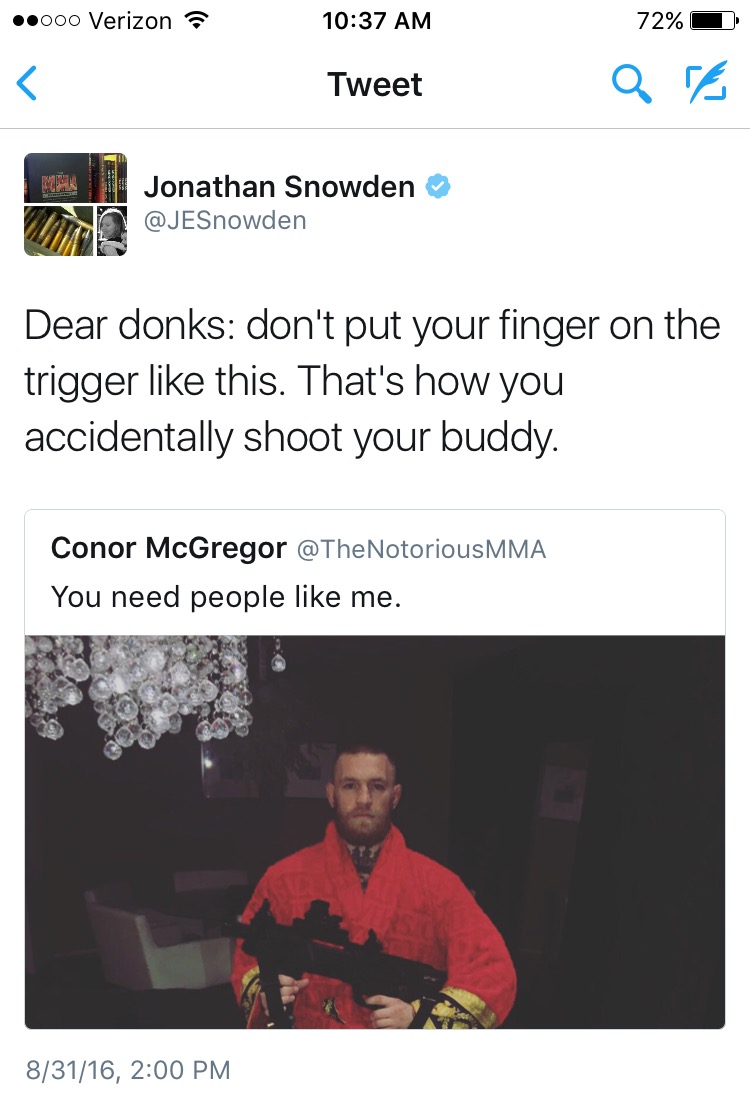 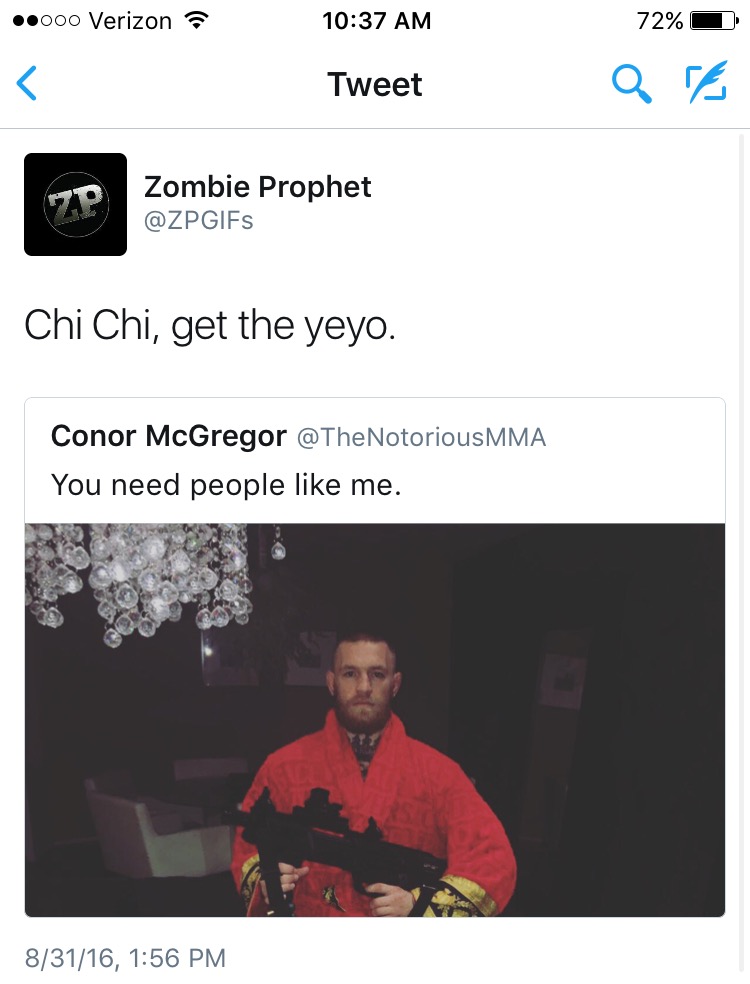 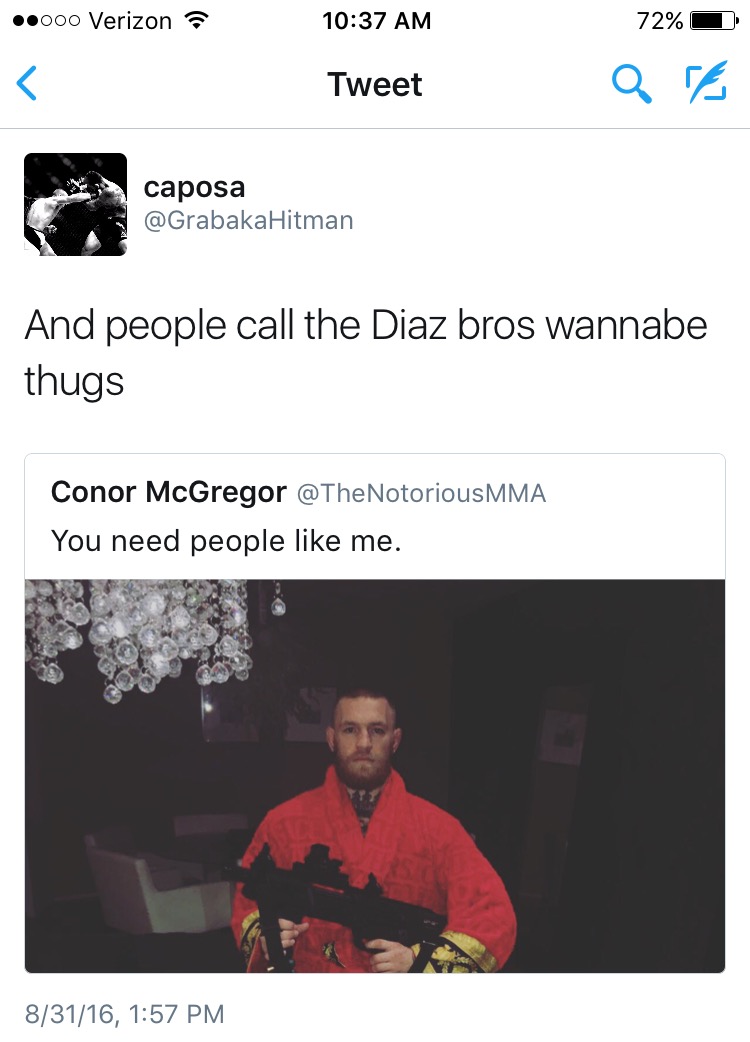 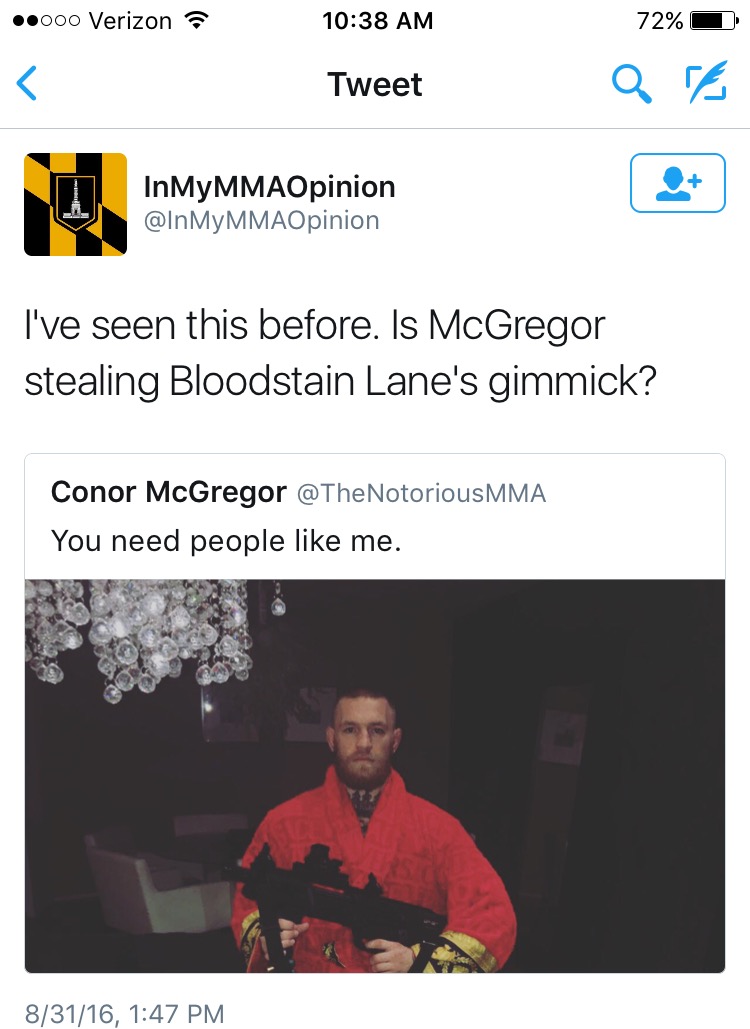 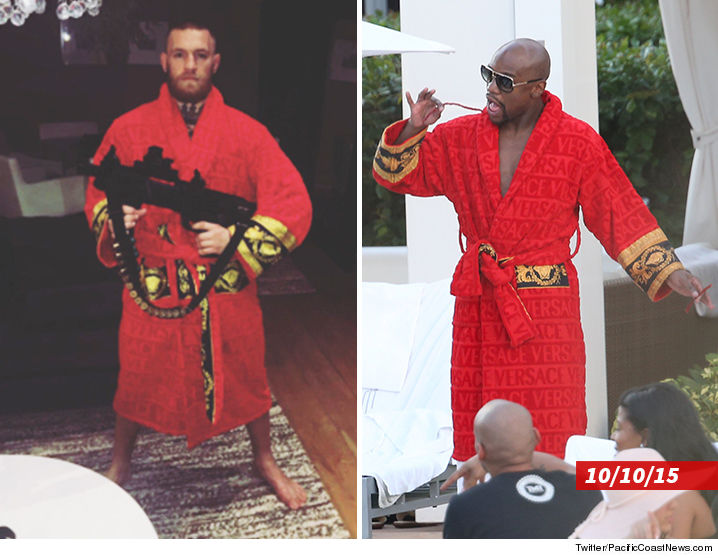 Watch: This 9 year old Russian girl training in the woods has better hands than 90% of the UFC roster
Read Next Post →
Click here to cancel reply.