Conor McGregor Stopped By Cannabis Cafe, Did He Just Buy Weed In Amsterdam?

Conor Mcgregor, a UFC lightweight champ has been snapped in Amsterdam visiting a cannabis cafe – next to a huge box of weed.

The MMA icon was last seen in fighting action back in August outside of UFC Octagon. He reportedly earned around $100 million payday after stepping into the boxing ring to battle Floyd Mayweather in the fight of the century, which he lost in the tenth round to great pugilist. Since then the Irish superstar has been spotted traveling around Europe.

But speculation continues to arise that the pair will face off one more time – only this time it will be contested under MMA rules.

Mcgregor stopped by the Prix d’Ami hotspot on Sunday and seemed happy to pose for a photo while chatting to a worker behind the register who is holding a solid amount of marijuana. Apparently, there is no evidence that McGregor purchased or consumed weed as coffee shops in Amsterdam legally sell marijuana in droves every day. As cannabis being one of Amsterdam’s biggest sources of tourism income.

Do you think Conor McGregor might have been blazing up while he was over in Amsterdam? Check out the picture below.

Conor McGregor hasn’t fought in UFC Octagon since winning the UFC lightweight title from Eddie Alvarez back in 2016.

Back in the days, when the UFC and USADA cared a lot about UFC athletes utilizing cannabis, now the UFC allowing fighters to use cannabis much more than before. UFC fighters like Diaz brothers can now rest easy knowing they won’t get bothered by USADA for indulging in the substance. 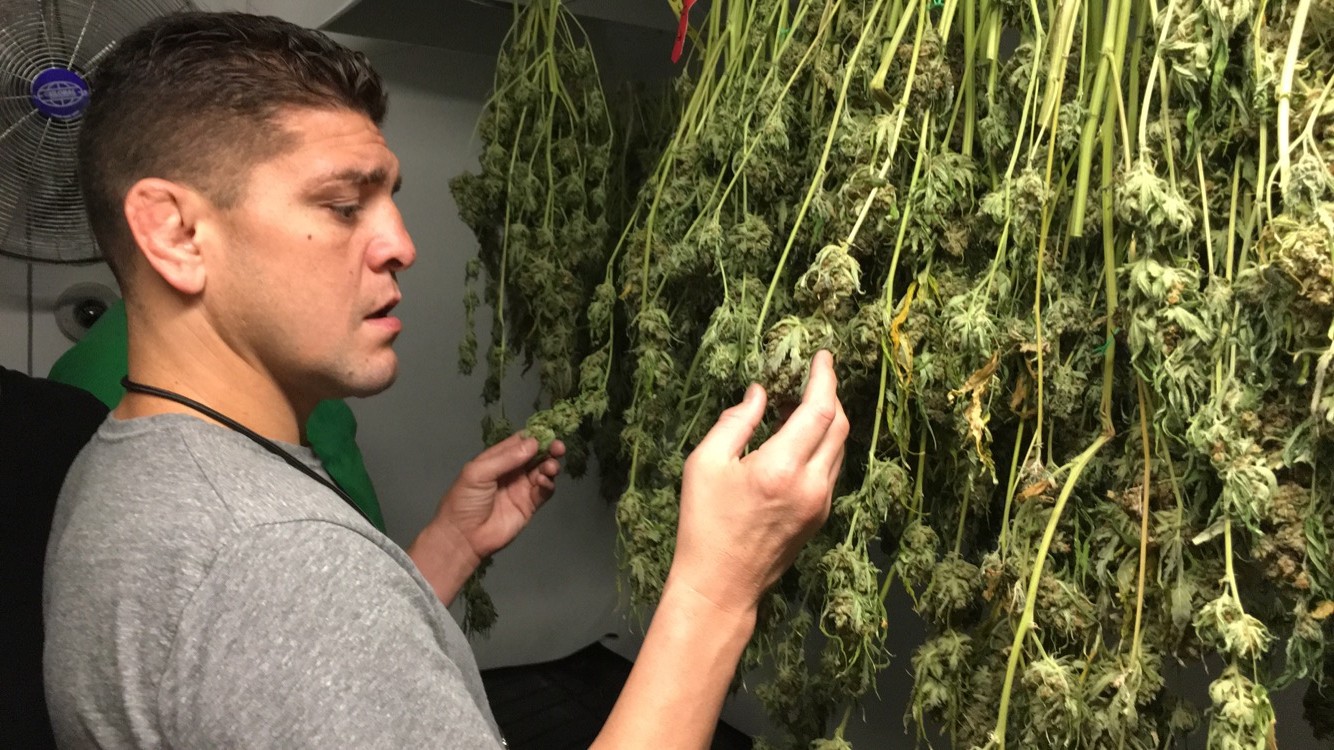 Replay: Tyson Pedro asks to be on Rogan’s podcast, tries to drop the mic but Jon Anik catches it
← Read Last Post

Rumor: The agent of Jon Jones says there is a 95% chance he fights in 2018
Read Next Post →
Click here to cancel reply.