Can you imagine seeing Mcgregor jr. fighting inside the Octagon in the next few decades?

Well, that’s a possibility as UFC lightweight champ megastar Conor Mcgregor reveals that he is already teaching his five-month-old son, how to fight.

While speaking at a recent Q&A event in Glasgow, “The Notorious.” said he is going to put his son in the sports:

“I have a son now. When he grows up I’m going to put him into sport,” said McGregor (via Irish Mirror) “I believe sport is the best thing you can do often hold.

“I’ve already begun training him. He’s already leaps and bounds ahead of schedule.

“He’s only five months old. He can stand balance on his feet. I have this little method where I have him doing a squat.

“I’ve been doing little things like that and that’s from the bell, from day one. It’s like a blank canvas.”

The Irishman said it would be great if his son grows up to become a fighter, but would not force him to follow his path in a combat sport. 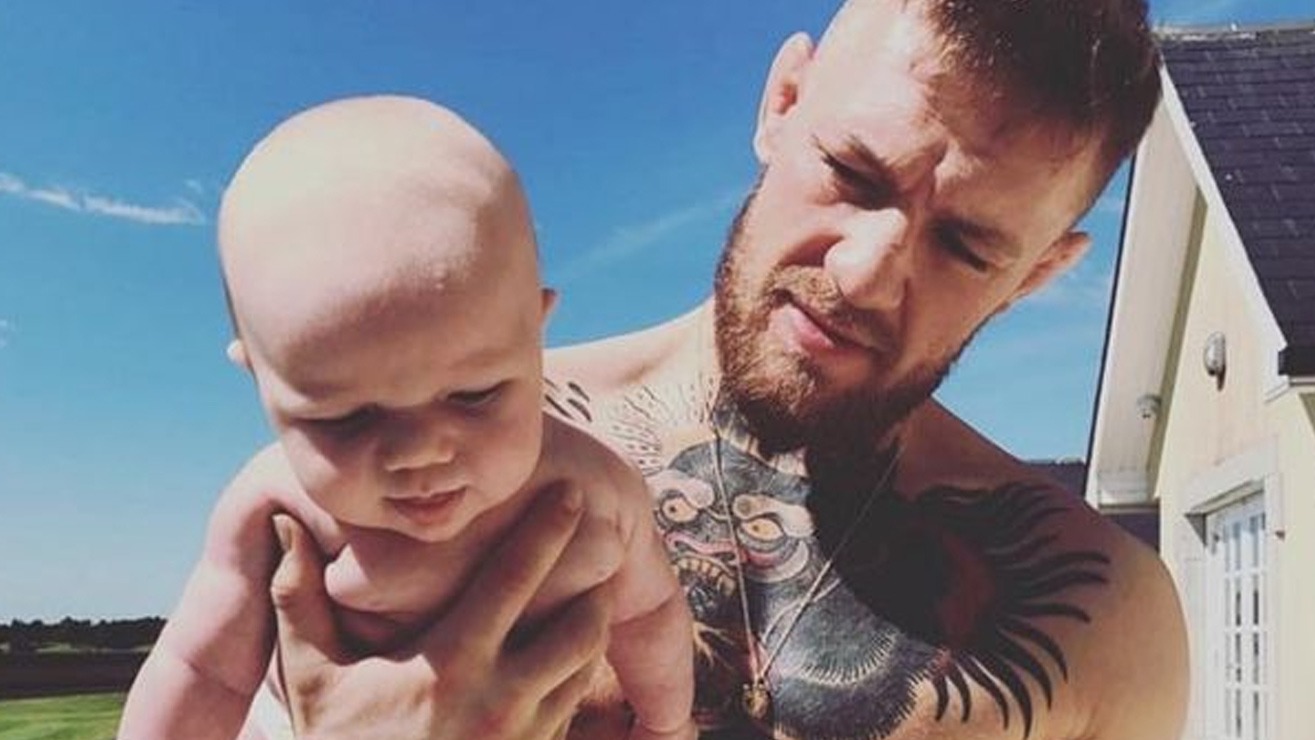 “I think I’m going to raise a special special young boy who’s going to go on and achieve great things,’ he added. ‘I’m very excited about that.

‘Like I said I’m going to put him into training, sport, fighting.

‘I’m not going to push him into fighting. If he wants to fight that’s great. If not it’s his own decision but he will be skilled in how to fight.”

What do you think we will see the Mcgregor Jr. fighting in the future?

Colby Covington says before his fight Lyoto Machida told him “Fuck you, I’ll Fuck you up”
Read Next Post →
Click here to cancel reply.