Posted on Last updated: September 6, 2018 By: Author Team ME 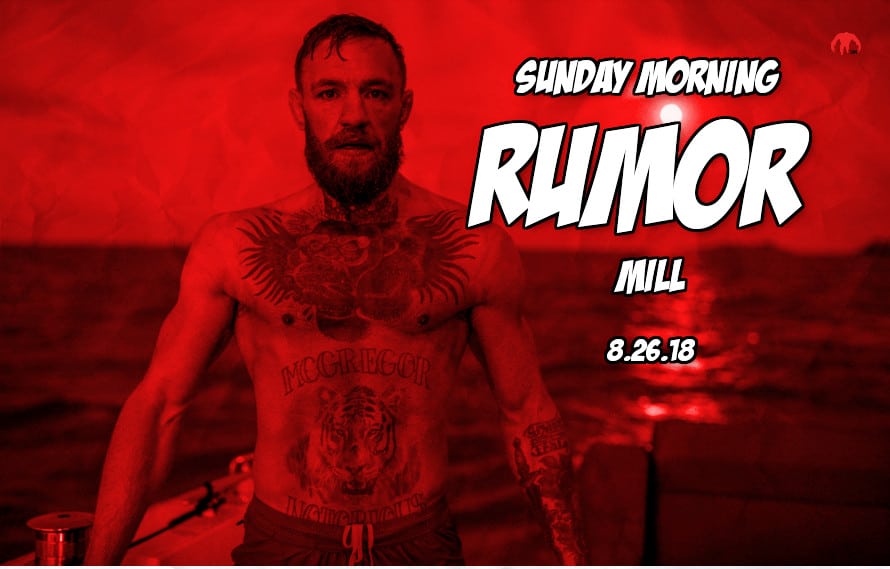 To those of you who watched KSI vs. Logan Paul, Bare Knuckle Boxing and UFC Lincoln back to back to back, the Sunday Morning Rumor Mill salutes your service.  If you’re not mixing YouTube celebrity boxing, bare knuckle fights and the biggest MMA promo in the world into a cocktail over ice then what are we really doing here?

MiddleEasy is here to serve one and all. The Big Red Monster is for everyone and was everywhere this week.

Before you slather some more grilled corn with butter and hot sauce. Pause for a second and enjoy another Sunday Morning Rumor Mill snack.