Posted on Last updated: May 2, 2016 By: Author Tommy Messano

There was a time Conor McGregor was winning the battle of public opinion between him and the UFC. After a series tweets, McGregor has gone off the deep end and clearly the UFC’s version of “the silent treatment” has gotten into his head. This morning McGregor woke up and started to spam anyone who follows him on the Twitter machine with debates between fans trolling him.

Not a good look. Embrace the madness McGregor.

The UFC is moving on without him and McGregor is just now coming to grips with that reality. On UFC 200, the promotion called his bluff and McGregor cannot walk away from this PR fight in silence. 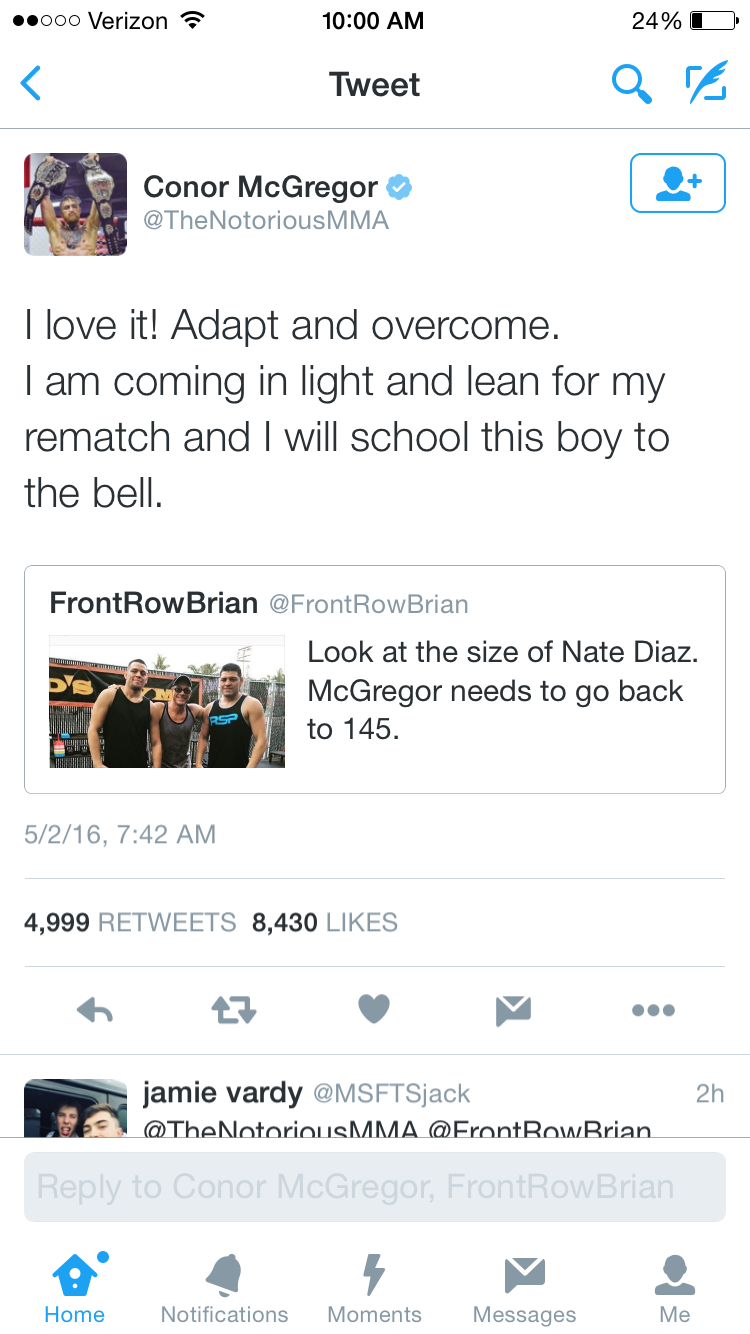 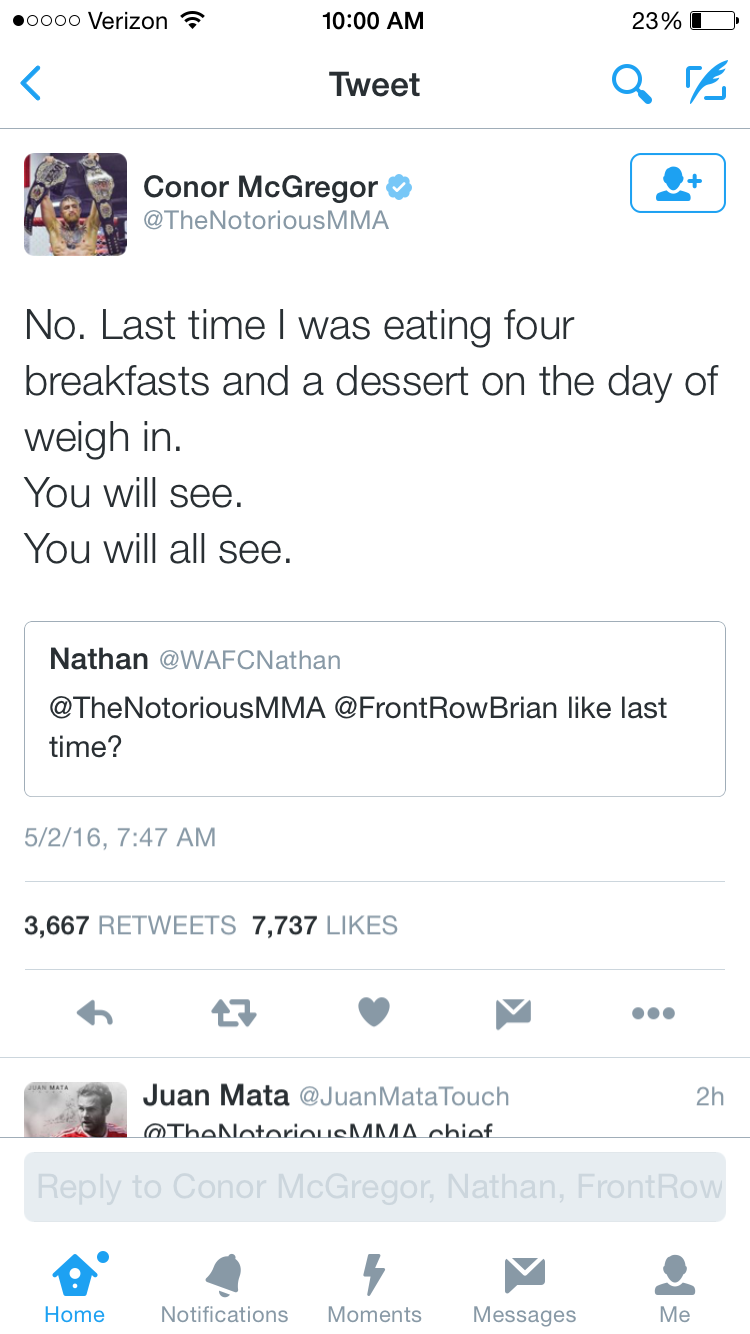 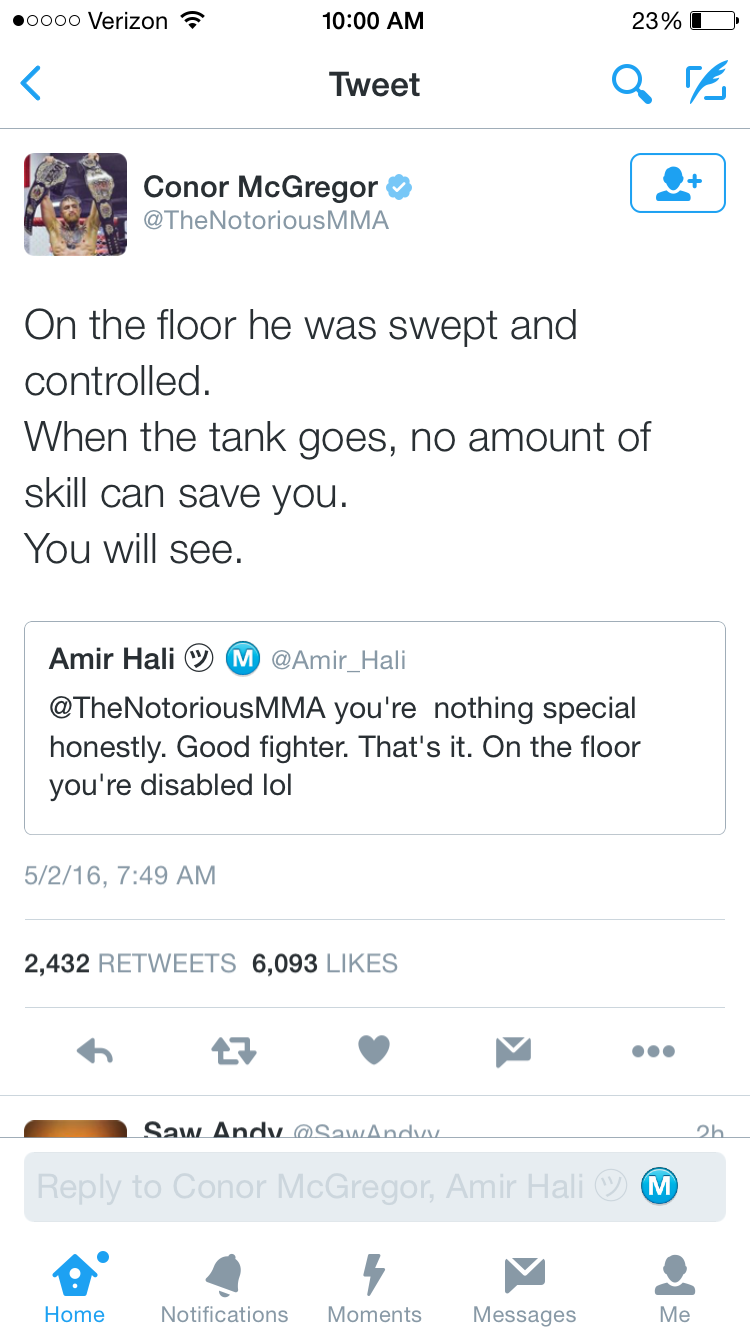 Ok, somewhat delusional but we’ll see. We will all see. 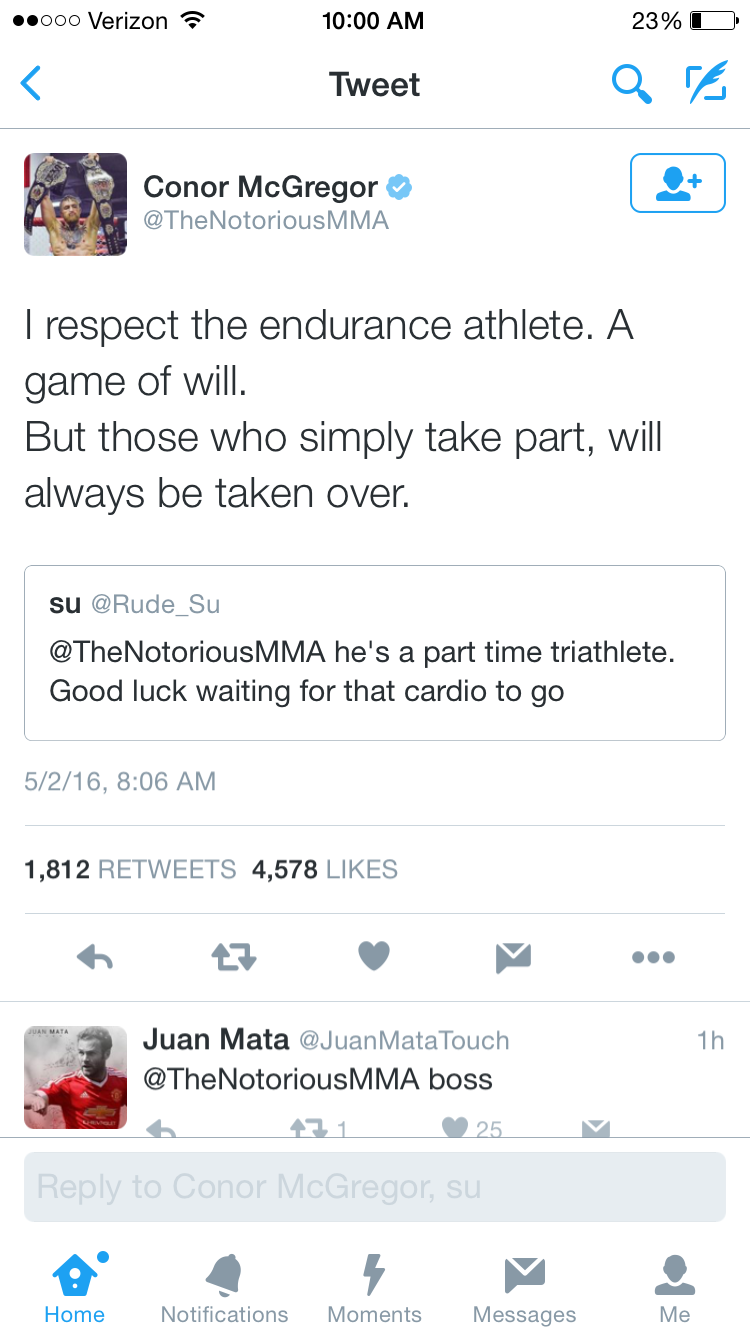 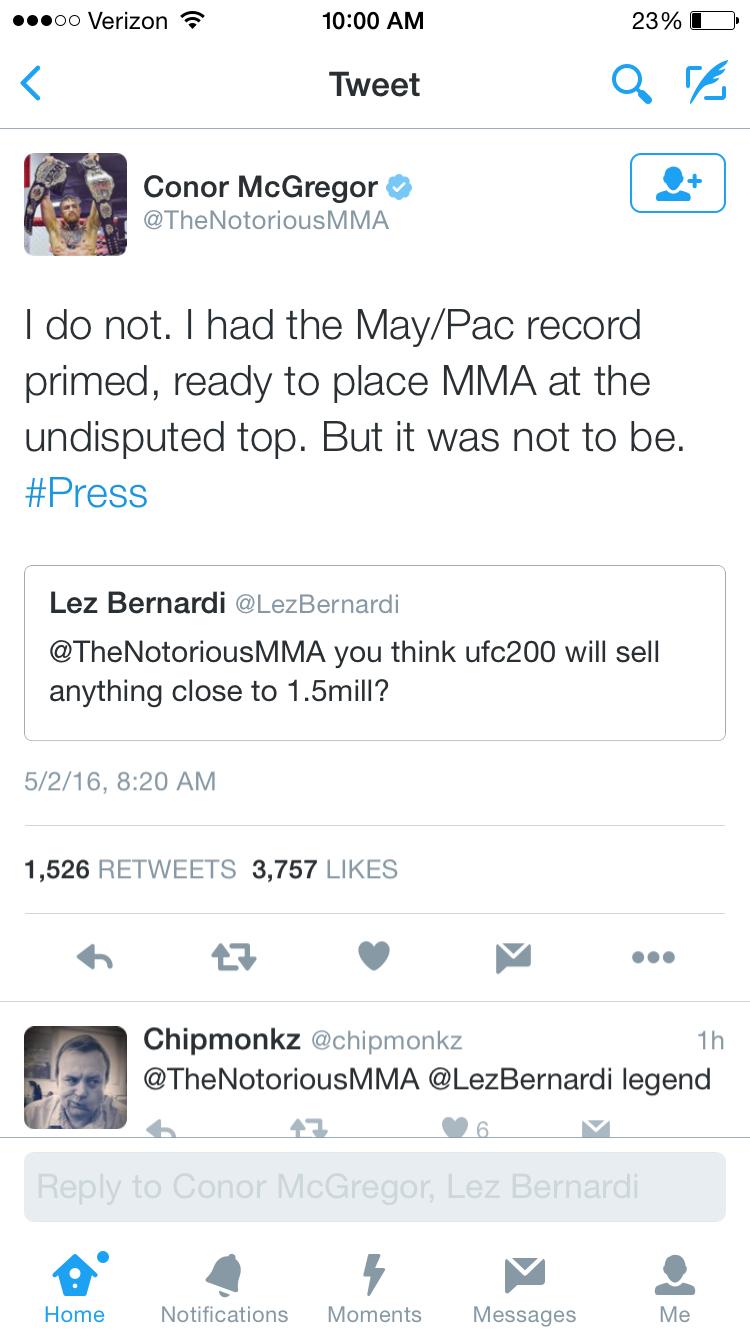 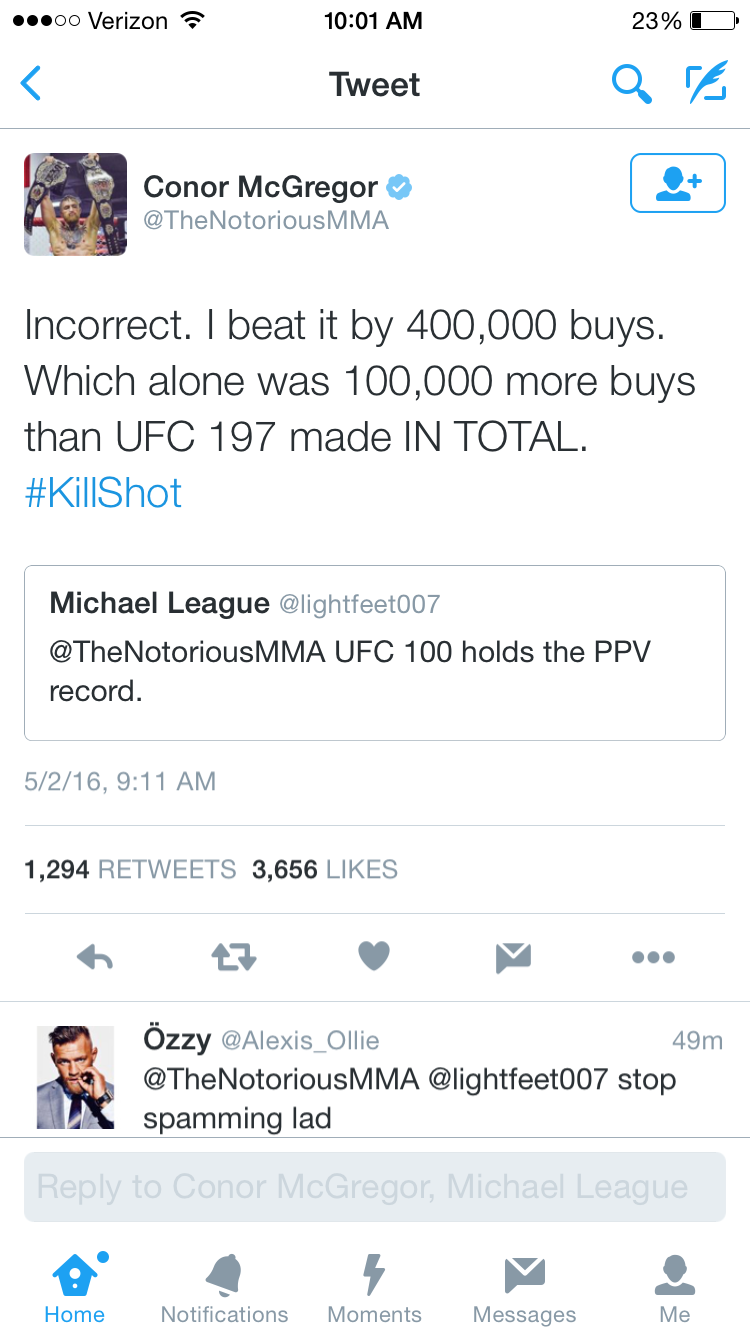 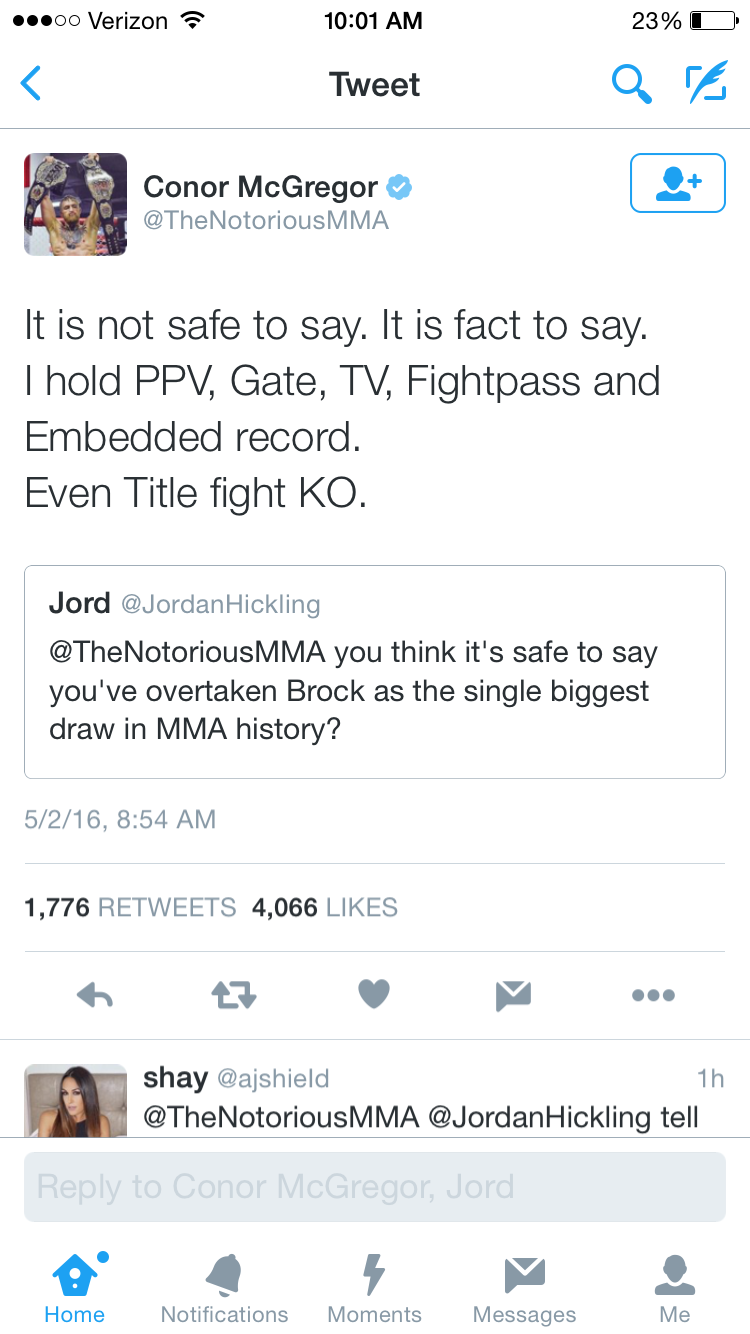 Throw Brock Lesnar under the bus? Sure why not! If the biggest fighter in UFC history can’t get the UFC to blink, then who can? 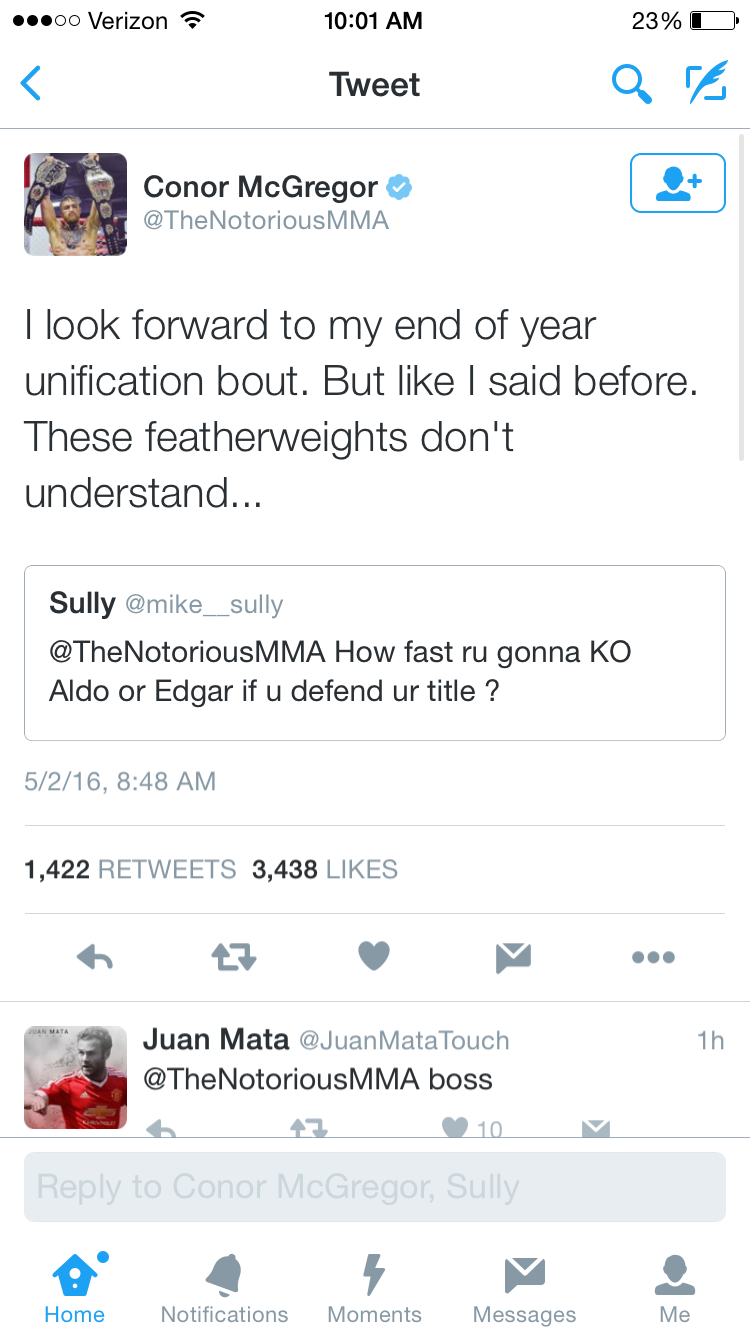 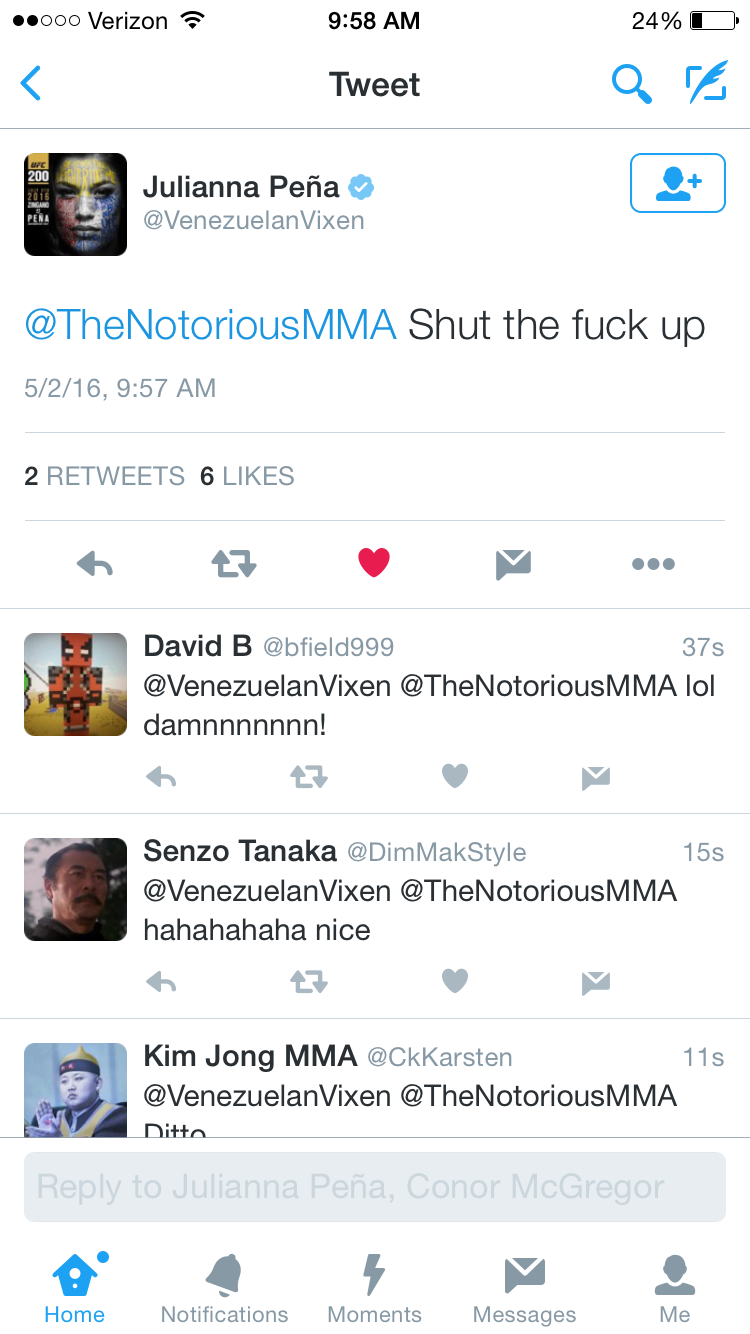 …….Might not be a bad idea at this point.

Replay: Gross, nasty, ugly arm break from a Polish MMA fight, let's watch it over and over again
Read Next Post →
Click here to cancel reply.