Conor McGregor UFC just had a shirtless face off, but it wasn’t with anyone you’d expect. I bet you wouldn’t be hoping this Virgin Group billionaire Richard Branson to be one of them.

On Wednesday another billionaire shared the stage with a millionaire at the Pendulum Summit as it took over the Convention Centre Dublin.

Billionaire knelt down and gave McGregor the sparkling crystal award and McGregor decided to knight him proper.

In the footage, you see Branson take off his shirt as he readies to go head-to-head with the UFC legend.

After being presented with an award, McGregor can’t help but laugh as the Virgin Group’s billionaire founder approaches him.

Then both face off with a fighting stance before exchanging a light-hearted embrace.

2018 hasn’t even begun really, and Conor McGregor is already meeting with billionaires and receiving awards.

In fact, we all want to see McGregor made an appearance in the UFC Octagon to square off with interim lightweight champ Tony Ferguson or lightweight Khabib Nurmagomedov.

At the moment we accept this as McGregor continues to flaunt his wealth and enjoy the recently stacked 100 million possibly from his record-setting fight with Mayweather this past August. 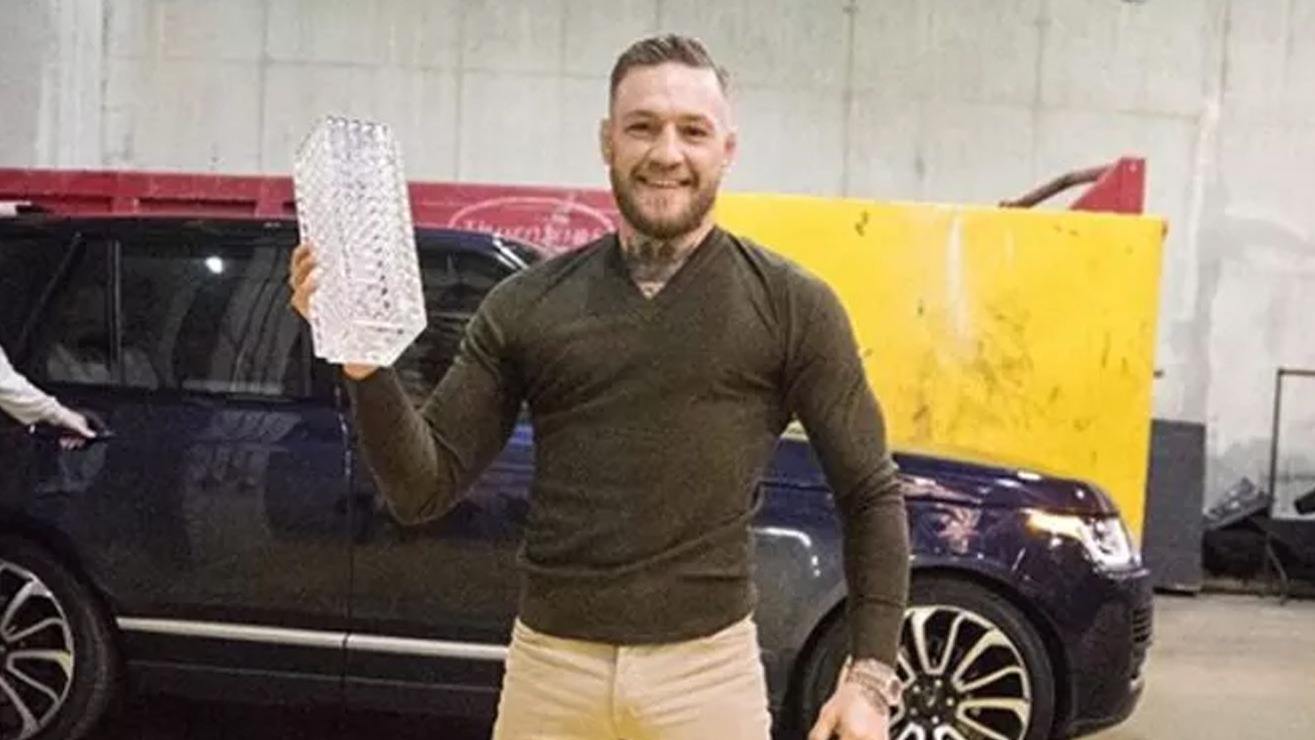 The Irishman has not been a stranger to the spotlight either after a recent verbal war rekindled between him and boxing great Floyd Mayweather.