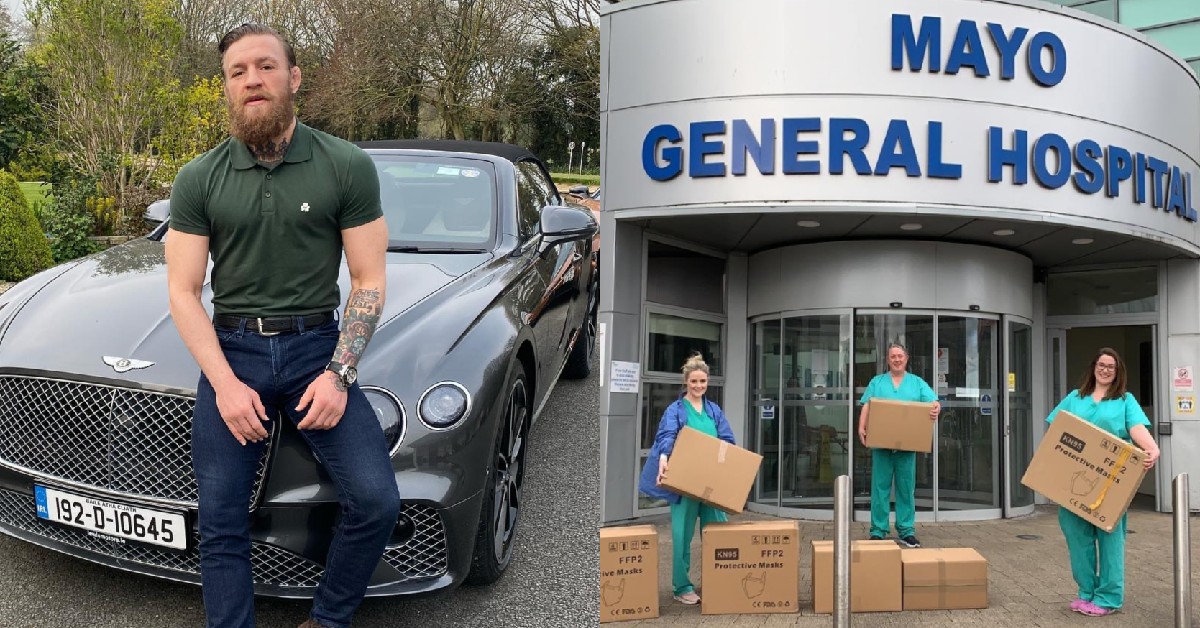 Conor McGregor recently made a massive donation of personal protective equipment (PPE) for Irish hospitals. Now he provides an update on the status of these donations.

With the current global health crisis affecting virtually every part of the world, hospital workers have been having trouble finding protective gear. This was an area that Conor McGregor felt that he could assist with. That is why he donated a whopping €1,000,000 worth of PPE to several hospitals in various areas of Ireland.

Now it seems that those facilities have received the shipments of supplies. McGregor took to his Twitter to share several updates of the hospitals receiving the truck loads of PPE. To say that it was an overwhelming amount of gear is a bit of an understatement.

Some of our hospitals ❤️ pic.twitter.com/yIlrdhI76z

Obviously this is not going to singlehandedly fix anything, but it is still an incredible showing of support from McGregor. He had been quite vocal, regarding his feelings about this situation. Therefore it is nice to see he is backing up his talk with action.

Some people were critical of McGregor when he made the donation, saying that he could have donated more. There is no pleasing this type of senseless troll, but perhaps seeing just how much this was able to provide will change some minds. Either way, this is about something more than just showing off on the internet.

In terms of walking the walk, it appears that Conor McGregor is doing a good job. Not only that, but he has encouraged others to do what they can, to help people during these times. With the challenging state of the world right now, it is important for the world to stick together, in order to get everyone through this as quickly as possible.