Conor McGregor and Dustin Poirier Suggest That Their Bout Is A Done Deal, Conor Confirms It Will Be At Lightweight 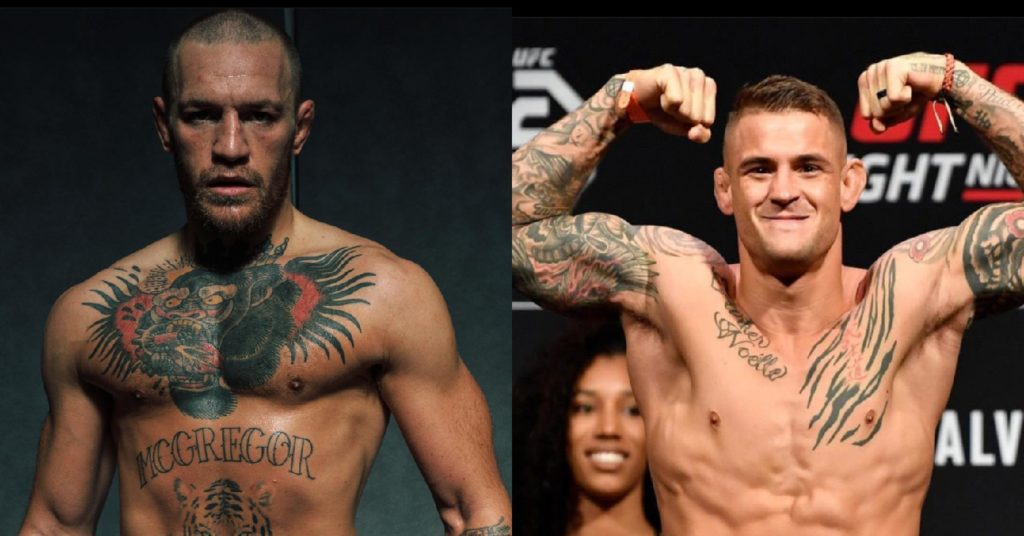 Fans have been waiting to hear word on whether or not the highly anticipated fight between Conor McGregor and Dustin Poirier is going to happen. Some recent mysterious social media posts seem to suggest that it is basically a done deal.

There was already anticipation to see McGregor vs Poirier 2 even before both men expressed interest in seeing it. This anticipation only grew after Khabib announced his apparent retirement, freeing up the lightweight title and making it seem like the pair will likely fight for the vacant strap. Both men have agreed to the bout, but for some reason it has yet to be announced. Although both men recent posted to Twitter in similar time-frames, not saying anything but seeming to imply that their fight could be a done deal.

Conor McGregor Says He Is Making His Way To Lightweight

One of the things that has been a holdup in making the fight between Conor McGregor and Dustin Poirier was what weight it would be contested. The Irishman initially discussed making it at welterweight before Khabib announced his retirement, but this was not something that the UFC was onboard with. However he recently posted to Twitter, talking about his McGregor Fast diet program, while saying that he was working his way back to lightweight, implying that they have settled on this weight class for the fight.

“Fresh out of the McGregor FAST Laboratory today. Full body composition scan complete and the results came back =

Now this does not necessarily mean that Conor McGregor vs Dustin Poirier 2 will be fighting for the lightweight title, but this is certainly a good sign. On the other hand, Dana White recently suggested that Khabib may actually have one more fight left, so perhaps these men will fight for a number one contender spot, as previously expected. Time will tell, but it seems like a big announcement is incoming.