Nick Diaz Says Conor McGregor Is A Piece Of Sh*t For Wanting To Fight Wahlberg, Who’s Not A Fighter!

So, recently Justin Bieber went on Twitter and challenged Tom Cruise to a UFC fight. Well, Conor McGregor offered for his entertainment company to host the event. But, McGregor Tweeted that he wanted to Challenge Mark Wahlberg to a fight.

“I challenge Mark Walhberg on the very same card. Back when mark wahlberg was marky mark, I’d’ve still slapped the ears off him and took my ufc shares back.” This was the Tweet from Conor McGregor.

Well, Nick Diaz didn’t think it was cool at all and had some words to say about it…

“Why would you wanna fight someone who cant fight. What a peace of shit!! Same as beating someone with handcuffs on.” 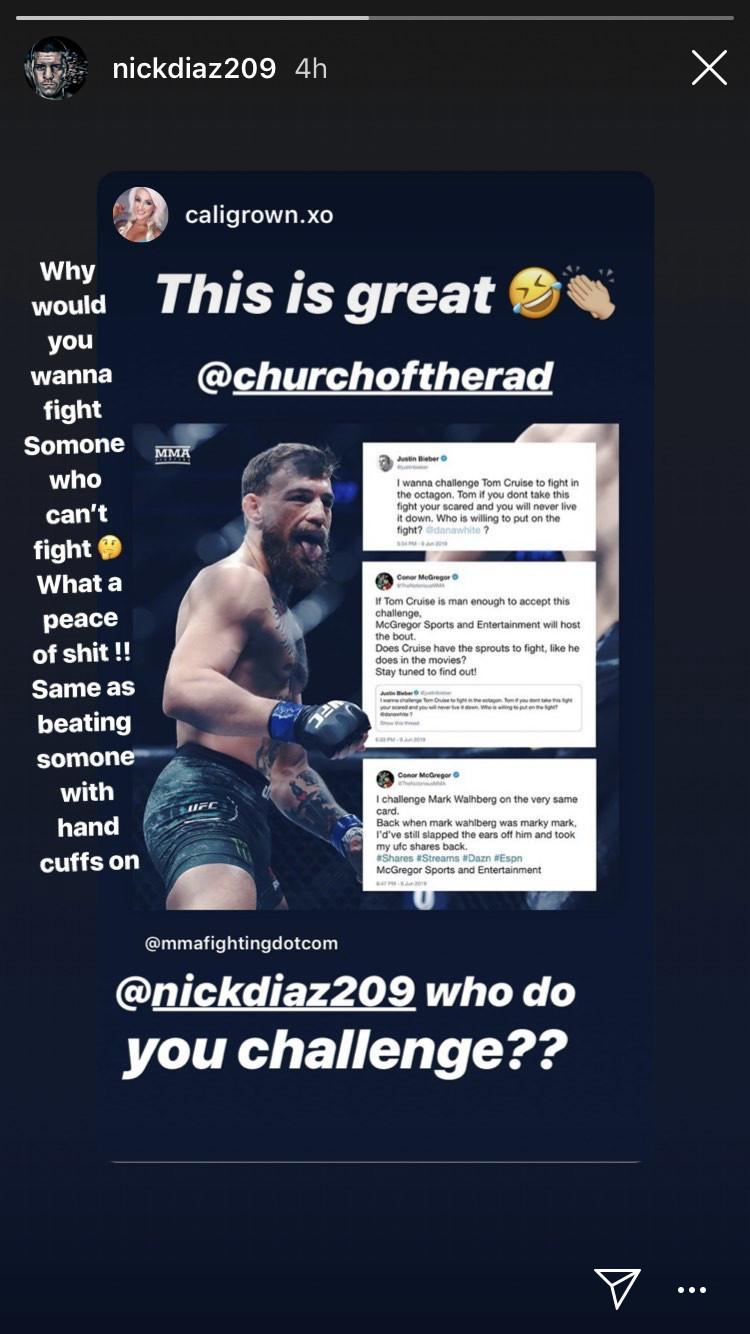 But Diaz wasn’t the only one who had something to say. Top welterweight fighter Rafael Dos Anjos Tweeted…

“If Tom don’t take You should take this one @TheNotoriousMMA at this point in your career you can’t keep up with real challengers.”

If Tom don’t take You should take this one @TheNotoriousMMA at this point of your career you can’t keep up with real challengers.

What made McGregor look bad is that he lost to Khabib last October and hasn’t fought since. So, it’s natural for people to call him out on wanting to beat up on an actor who does not fight professionally, and who’s also much older than McGregor.

What do you make of Conor McGregor wanting to fight Mark Wahlberg?