Video: Conor McGregor Limps Out of the Arena Victorious While the Irish Celebrate

The fight was incredible. The absolute war between Conor McGregor and Nate Diaz was incredibly close. McGregor fought the most intelligent fight he could have fought and didn’t listen when his gas tank told him to quit. When people say it was “close”, it really was. Just take a look at these official stats of the UFC 202 main event. 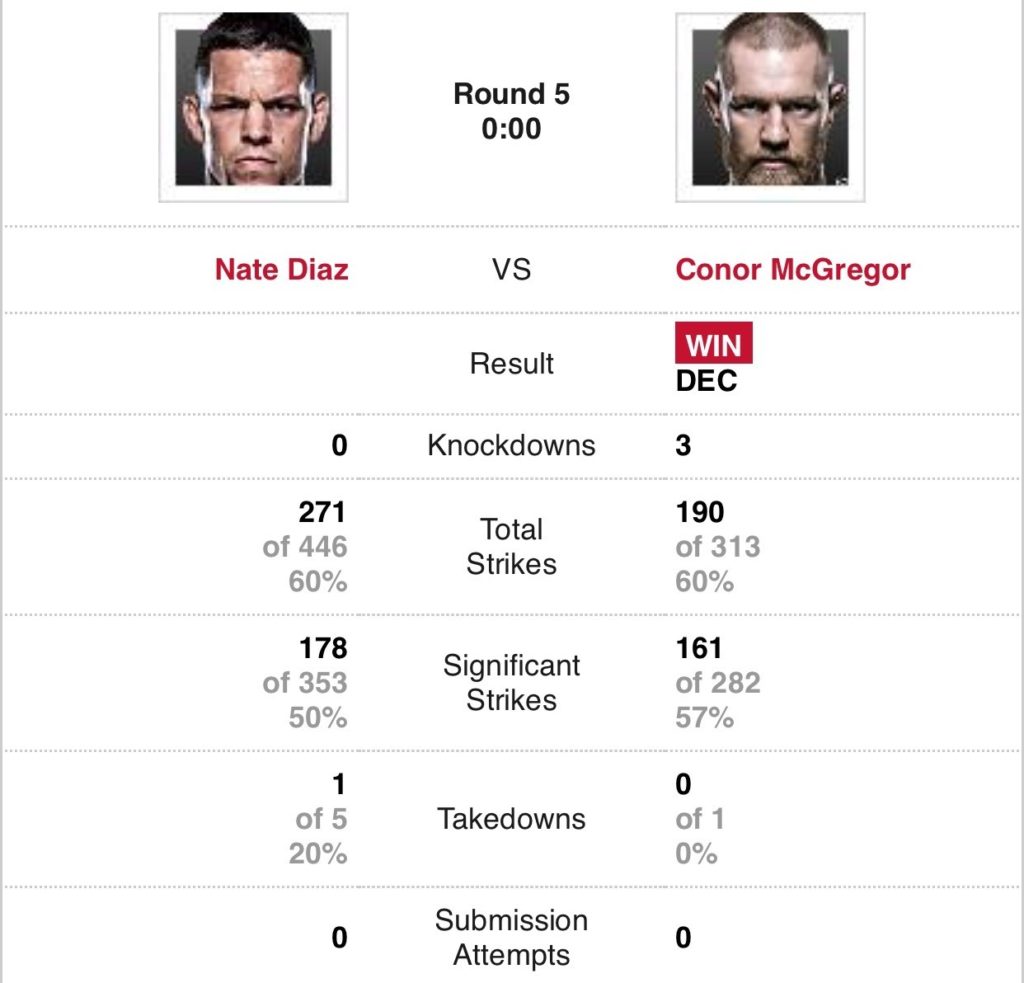 It wasn’t just that. McGregor gave literally everything he had. He was even only taken down once in the entire fight, and right after he took Diaz down as well. There is no official reports, but McGregor has been rumored to have broken his foot during the fight. Most likely, it was in the midst of one of those many, many leg kicks that McGregor inflicted on Diaz. A strategy implemented by Artem Lobov in a previous fight against another Team Represent fighter, Chris Avila, on the undercard.

Here’s Conor McGregor limping away from the Octagon with a suspected broken foot. (Via https://t.co/lYUdsyuHrq) pic.twitter.com/vinp4AF6D8

After all was said and done, and many on the internet either echo “Diaz 1, 2, 5” again or give McGregor credit when credit is due, the Irish fans in Las Vegas take over the streets and celebrate. This will surely go down in history as one of the great wars of MMA. Respect to both men, warriors, ninjas, fighters.

Listen to the army of McGregor fans chant and scream olé, olé olé olé, down below.

Video: Conor McGregor Wins a Decision Over Nate Diaz in One of the Great Wars of MMA
← Read Last Post