Conor McGregor heard the criticisms of Donald Cerrone’s coach, about his arsenal. As a result, he decided to respond, and in classic Conor way.

McGregor is set to face off against Cerrone at UFC 246, on January 18th. It will be his first bout since losing to Khabib Nurmagomedov in 2018. Moreover, the bout is taking place at a confusing weight of 170lb, despite the fact that both men are natural lightweights.

Leading up to the fight, there were some questions about how much of a fight Cerrone would put up against McGregor. Cowboy’s coach countered those criticisms, by saying his fighter has more ways to win. Ultimately, he said that Conor basically only has a left hand, no submissions or grappling skills.

Hearing these criticisms, Conor McGregor decided to respond. He did so, in a fashion that is right in line with his M.O., with an Instagram post. To his live stories, he shared the following image, and caption: 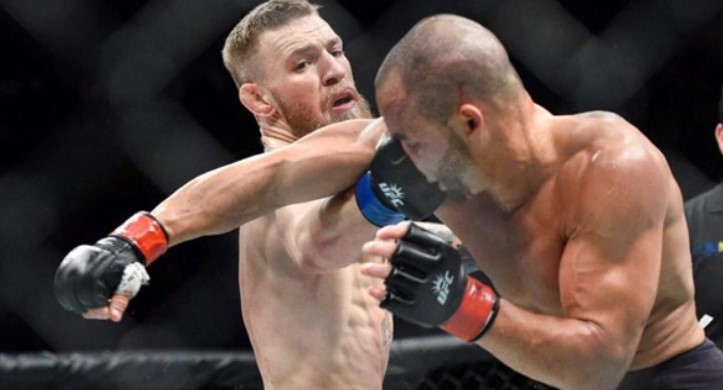 “A reminder not to mess with the power in @thenotoriousmma’s left hand.”

Now, we at MiddleEasy are not here to criticize Conor McGregor. However it should be noted that this picture actually shows a right handed punch, not the left. Either way, there is no denying the fact that he does carry a lot of power in his left.

Furthermore, even if Cerrone has more routes to victory, that did not stop McGregor against the likes of Jose Aldo and the pictured Eddie Alvarez. Both of those men definetly had a wider arsenal than Conor. Nevertheless he was still able to get the win.

Time will tell if Conor McGregor can have the same success against Donald Cerrone.

Darren Till: UFC 246 'Will Be Too Much For Cowboy'; Predicts McGregor In Round One
Read Next Post →
Click here to cancel reply.