Mcgregor decided to jet out to Russia to watch the Fifa World Cup final in Russia and made time to pose for a photo with President Vladimir Putin.

Moreover, Russia’s own MMA star and Mcgregor’s hated rival Khabib Nurmagomedov was also in attendance to watch the 2018 World Cup final where France beat Croatia 4-2 in the final.

Both UFC stars posted on their social media’s about their locations and made others wonder if they will make some sort of fight announcement or may involve in an altercation like UFC 223 bus rampage in Brooklyn. 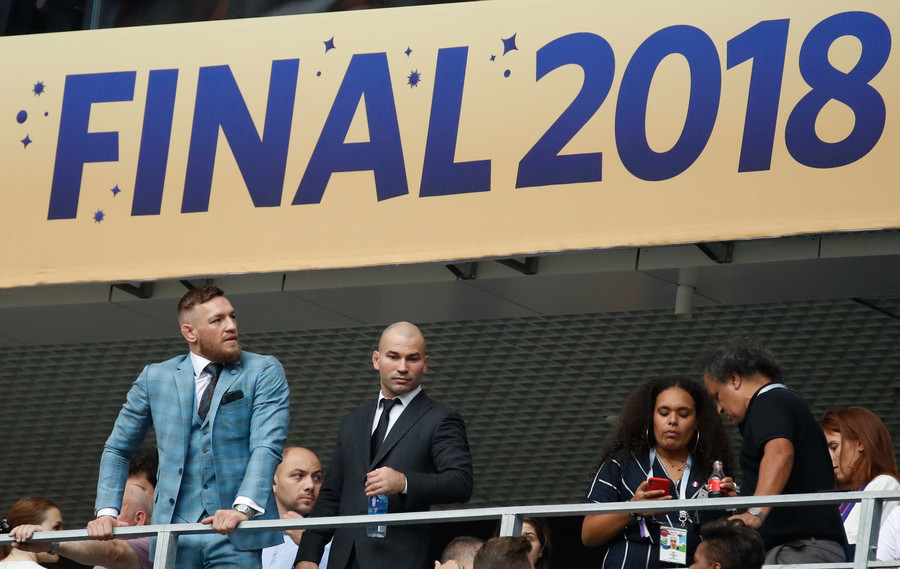 Irishman posted a video of him traveling to and arriving in Russia, referring: “My Russian compound is taking shape.”

He said on Instagram: “What’s happening, Paul? I just wanted to say best of luck for the World Cup final tomorrow, my brother.”

And here is a wishing message from Khabib Nurmagomedov to Paul Pogba:

Seems like both UFC stars choose to back up France.

There is no indication if two stars met face-to-face as you know what happened at UFC 223 media day.

The chaos erupt when Khabib Nurmagomedov had hotel altercation with Mcgregor’s training partner Artem Lobov. A days later McGregor with his members of entourage flew to Newyork and created a scene at UFC 223 media day, looking for Nurmagomedov. since then, Mcgregor facing criminal charges, that kept the UFC from announcing a highly anticipated bout between McGregor and Khabib that expected to go down in 2018. Mcgregor’s next court date is on July 26.

Who knows if this was just a warmup promotional stunt, or were they just there to enjoy the football final.