Conor McGregor New UFC Deal Includes That His New Whiskey Brand, Proper No.12, Will Be Present As A Sponsor For Every Card He Fights On

Conor McGregor inked a new six-fight contract with the UFC on the heels of UFC 229 press conference. But it wouldn’t be The Notorious if there were no some controversial things! UFC president Dana White confirmed this news. (via ESPN.com)

“It’s not hard to do a deal with Conor McGregor because we know what he’s worth,” White told ESPN.

ESPN’s Darren Rowel wrote on his Twitter account that no boxing rights are included in McGregor’s new UFC deal.

BREAKING: Conor McGregor signs new eight-fight UFC deal, includes his @ProperWhiskey in octagon for every fight, does not include boxing rights https://t.co/HEbSgz03VU

White initially stated it was an eight-fight contract. Later he made a correction, claiming it is a six-fight deal. Dana White even mentioned that Conor vs Khabib fight, which is slated for the main event of UFC 229, heads towards 2.5 PPV (pay-per-view) million buys! Let’s remember, the previous record was set at UFC 202, for the second fight between Nate Diaz and Conor McGregor. The result was “only” 1.6 PPV (pay-per-view) million buys.

But read this carefully – Conor has probably made one of the best business moves ever! Conor’s contract includes that his newly made whiskey, Proper No. 12, will be the sponsor for every card he fights on. Conor McGregor and Dana White both confirmed whiskey related thing at UFC 229 press conference.

“You bet your bollocks it is,” McGregor said when asked if the logo of his product will have a presence in the Octagon. “On the canvas. On the canvas. Like [Nurmagomedov’s] blood will be on the canvas.

Conor McGregor (21-3 MMA, 9-1 UFC) didn’t fight for nearly two years. His last UFC fight happened on November 12, 2016. He defeated Eddie Alvarez via right uppercut KO at the main event of UFC 205, and won UFC Lightweight title. He was stripped later due to inactivity. In 2017, he fought in a boxing match versus Floyd Mayweather Jr, which brought him a lot of cash.

You already know that Conor McGregor was handcuffed for UFC 223 hooligan bus attack. After Khabib Nurmagomedov and Artem Lobov had a heated altercation, Conor decided to take things over. He threw a metal dolly into the bus, and as the result, Michael Chiesa and Ray Borg had to withdraw from UFC 223. Conor’s legal team agreed to a plea deal and he evaded prison. Yet, Michael Chiesa filed a lawsuit against the Irish superstar. Conor’s lawyer says Chiesa Vs Conor case is a slam dunk for Maverick.

There is a lot of bad blood between these two fighters. What are your thoughts on their UFC 229 showdown? Do you think Conor will knock Khabib out in the first round? Or you support Abdulmanap Nurmagomedov? Firas Zahabi thinks Khabib has better cardio but gives an advantage to Conor in the stand-up. 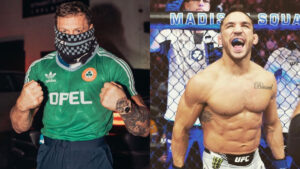 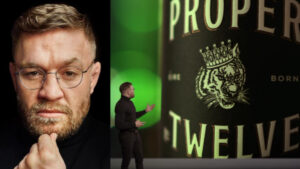 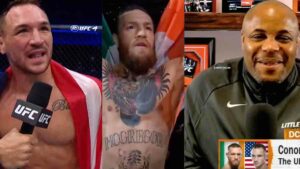 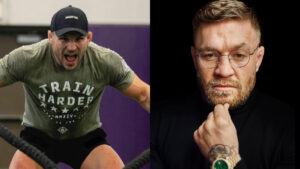