Longtime UFC veterans Carlos Condit and Court McGee will face each other in the last quarter of the UFC's calendar year in October. 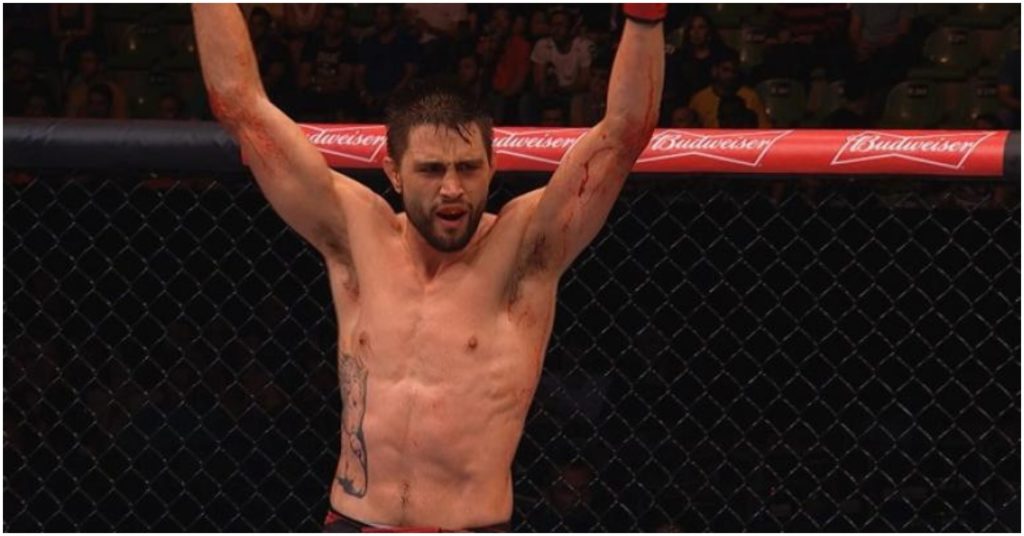 Longtime UFC mainstay and favorite of the people, Carlos Condit, will return to action. In his next fight, Condit will take on Court McGee on a card later in October. The matchup was confirmed by MMA Fighting as well as multiple other sources.

The fight comes as a surprise after the way Condit’s coach spoke about his fighter’s career. Coach Mike Winkeljohn stated that Condit deserved money fights from this point until the rest of his career. This is due to all of the bloody wars that Carlos has been apart of throughout his UFC tenure.

Condit has been in some of mixed martial arts most legendary battles. With the wars that he’s been in, the time has finally come for Condit to cash in on those wars. Now that Carlos is a respected veteran in the game, he still has not lost his desire to fight. However, instead of fighting for a chance at UFC gold, Condit stated he was more interested in money fights these days.

Condit vs McGee Tale of the Tape

But instead of high profile money fights, Condit will face Court McGee. McGee is currently on a two-fight losing streak and has lost 4 out of his last 5 contests. In the opinion of many, it could very well be McGee’s last fight for the promotion. Especially if he were to lose and go on a 3 fight losing skid.

Currently, Condit is on a five-fight losing streak and hasn’t won a fight since 2016. With the amount of mileage on his body plus his recent struggles, most fighters would think about hanging up the gloves. However, Condit plans to continue fighting.

Currently, the rest of the card set to take place on October 3rd isn’t fully rounded out. However, the card’s main event was revealed to be a women’s bantamweight showdown between Holly Holm and Irene Aldana.