If you don’t have a refrigerator fully stocked with energy drinks, then you are a very irresponsible Japanese MMA fan. Dynamite!! 2010 kicks off on HDNet at 4:00am EST/1:00am PST and to commemorate the final MMA card of 2010, we’re going to do our first MiddleEasy live chat. Bauzen, Jason Nawara and I will be holding down the metaphysical room in which people will visit to let us know what thoughts are running through their cerebral cortex. Damn, what kind of mockery of a scientific sentence was that? Looks like RZA wrote it.

Come back to this exact article at 3:45am EST/ 12:45 PST to start chatting with us. Who knows, we may give out prizes in the form of gems of knowledge…or we may actually give out tangible MMA gear and DVDs. You have to be there to find out. We will be live chatting throughout the duration of the event and will try our best to keep all of you awake. In the meantime, fire up your Xbox 360 and get down on some EA Sports MMA with us. Xbox Live Gamertag is ‘MiddleEasy‘. Just add us to your friend’s list and join the party. We will be playing pretty much up until Dynamite!! 2010 airs. See you then.

Updated: thanks for everyone who came to chat with us for Dynamite!! 2010. It was great, and we’re probably going to do it again. 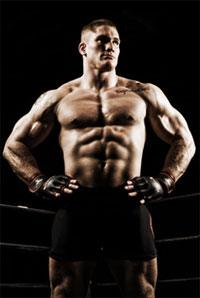 Alistair Overeem vs. Todd Duffee will be a five-round fight for the DREAM heavyweight title
← Read Last Post 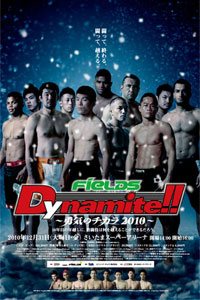 Dynamite!! 2010 just wrapped up, and a few of you were angry with HDNet
Read Next Post →
Click here to cancel reply.