Before his big show, someone coughs the hatred by releasing a bunch of ‘No Love’s’ old tweets.

That’s a whole lot of stupid stuff said by Cody on his Twitter back in 2012 and 2013. Via Middleeasy.com 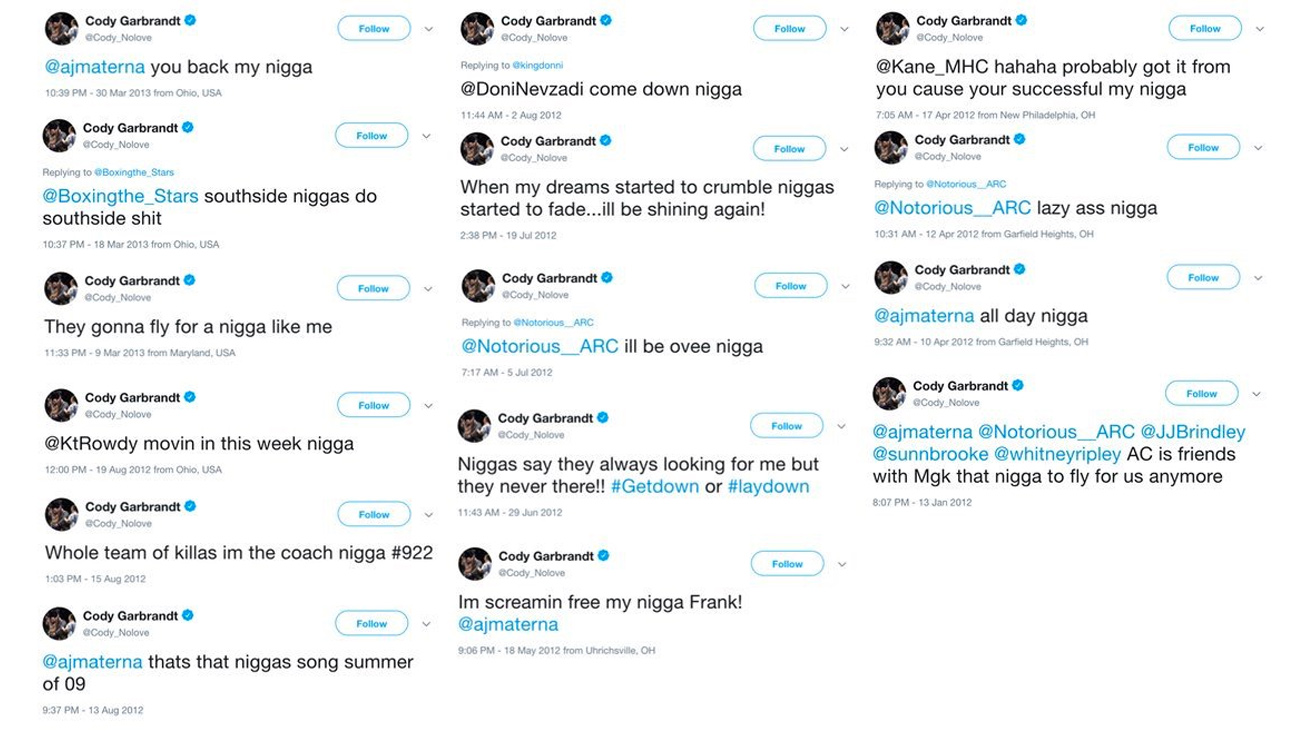 That’s not new, Garbrandt ended up in hot water after he called Aljamain Sterling “boy” during a back and forth on Twitter spat last year. Sterling took offense to ‘No Love’s’ use of the word “boy” on two different occasions.

What do you think of those old tweets? Wonder who leaked them? Will these affect him before his big fight against Dillashaw?