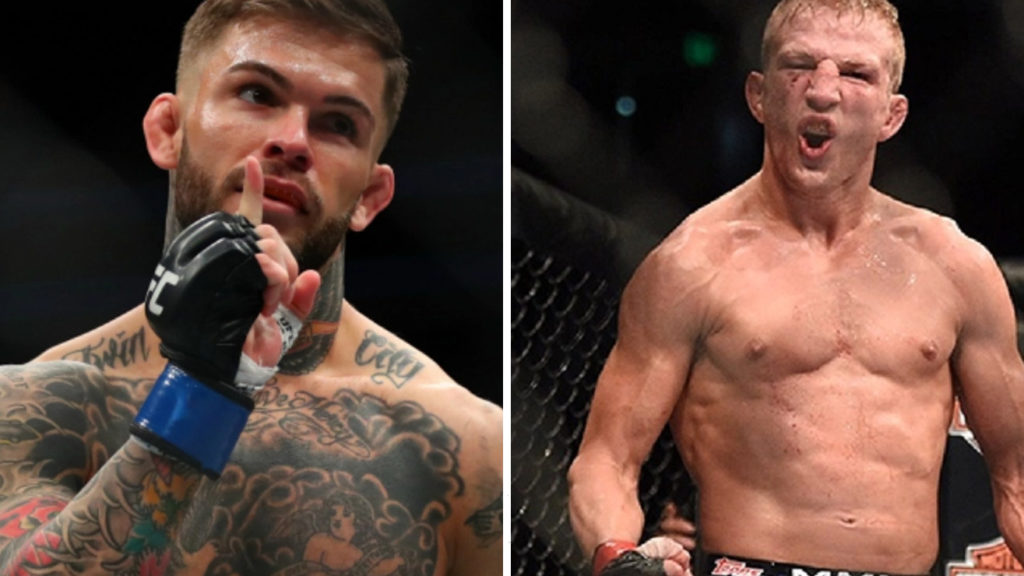 The rivalry between former training partners Cody Garbrandt and T.J. Dillashaw is one of the most enduring in MMA today. Both fighters are elite talents in their division and have a shared history dating back to their time in Team Alpha Male (TAM).

At the UFC 217 press conference, former bantamweight champion Garbrandt accused Dillashaw of using PED’s, declaring, “You’re the one who showed everyone how to do it on Team Alpha Male (TAM).”

Dillashaw left TAM back in 2015 with a contract offer from a sponsor, Since then, Garbrandt has been among his most vocal enemies. Garbrandt claimed Dillashaw injured Team Alpha Male fighter and “The Ultimate Fighter 18” winner Chris Holdsworth during a practice.

Bad blood fueled over when the UFC cast them as opposing coaches on “The Ultimate Fighter 25,” in order to build interest in their title fight at UFC 213 back in 2016, which never happen as Cody forced out due to an injury.

Recently they exchange jabs on social media, the fire fuels when Garbrandt accused Dillashaw of EPO usage (its a hormone that stimulates the production of red blood cell). check out their beef below:

Cody Garbrandt has been granted a rematch for the 135-pound title against current titleholder T.J. Dillashaw which is set to take place in Las Vegas as a part of UFC 227.

What do you think how their rematch at UFC 227 will play out?

Rory MacDonald and Ben Askren are angling for a champion vs. champion fight in Bellator
← Read Last Post