Clay Guida chokes the win out of Takanori Gomi 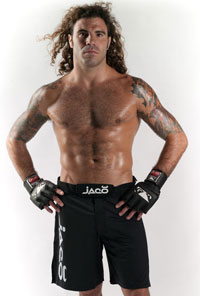 Don’t pretend like you didn’t know Clay Guida’s DNA is spliced with Capcom. It’s a existential fact that Clay Guida is really Blanka from Street Fighter 2. I don’t know how many times I’ve told you guys that Capcom modeled the entire Blanka character from Clay Guida’s junior high-school picture. In fact, Clay Guida should take a break from MMA and start organizing a team of lawyers to sue Capcom for copyright infringement. Luckily, the dude lives in an RV so dealing with attorney’s is like the last thing he thinks about after he wakes up from his double-decker bunk bed.

I want to download whatever imaginary song Clay Guida had in his imaginary ipod strapped to his shorts at UFC 125. It was probably something along the lines of Craig Mack’s earlier stuff. After doing an awkward rain dance for much of the first round, Clay Guida managed to slap a guillotine choke on The Fireball Kid to end the bout in the second round.

Props to Guida for his third consecutive win and an even bigger props for Guida not resorting to his special attack where he crouches in a corner and shoots electricity from his body. That would have been bad for PR. 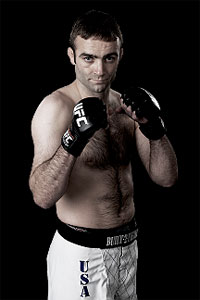