Since ending his career inside the Octagon, Liddell has struggled a bit to keep himself occupied. He was doing fine while be employed by the UFC in some vague role after retirement, but once that got thrown by the wayside with new ownership, the Iceman has been trying to find a way to satisfy the itch that not fighting has left behind.

This is precisely what led him to take a comeback fight back in 2018, a third bout with his old rival, Tito Ortiz. Although it was quickly apparent that this was a bad idea, as he was knocked out swiftly in the first round, looking like a shell of his former self.

Chuck Liddell Returns As A Referee

Now it seems that Chuck Liddell has found a new way to satiate his love for combat, and one that does not involve getting punched in the face himself. Instead, he will be dabbling into the waters of refereeing, albeit not in the world of MMA.

According to reports, Chuck will be serving as a special guest referee on the upcoming Celebrity Boxing card, planned for June 11th. The main event of this card will see him serving as the third man for the fight between Aaron Carter and Lamar Odom. 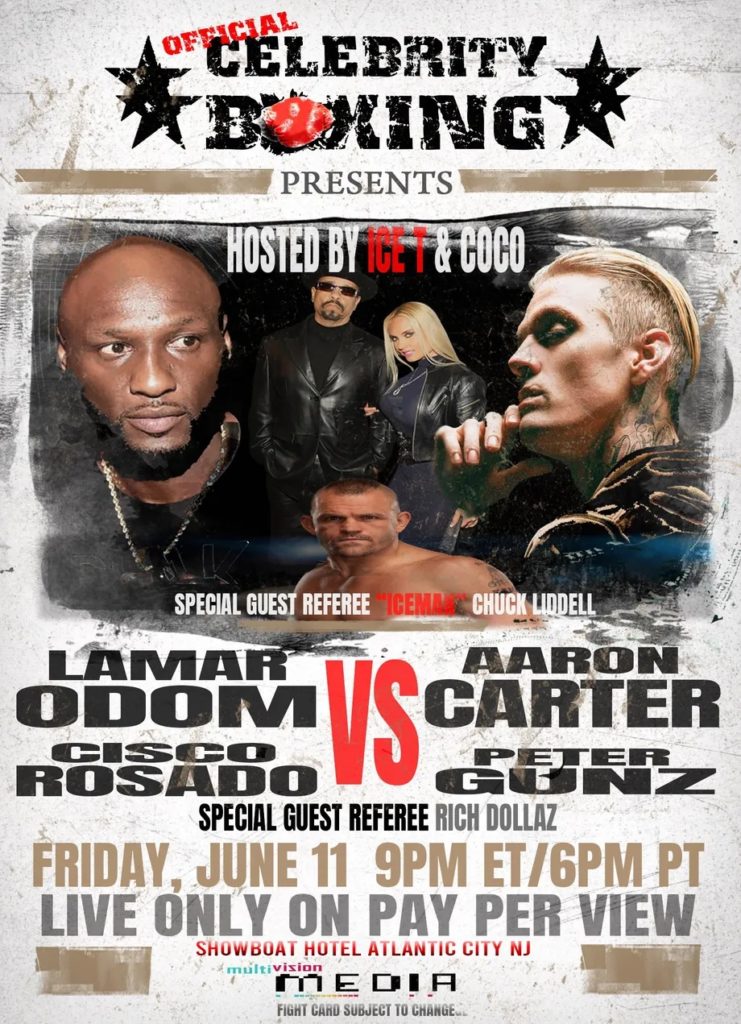 There will be a few other bouts on this Celebrity Boxing card, and another guest referee besides Chuck Liddell. It will see Peter Gunz take on Cisco Rosado, with Rich Dollaz being part of the show as another guest ref.

This event is available for purchase through FiteTV, where it can be bought for $29.99 before it takes place on June 11th.