Even though he hasn’t fought in two and a half years, Chuck Liddell still stands tall (obviously) in the pantheon of takedown defense leaders in UFC history. Currently, he’s tied with Yushin Okami as the seventh best takedown defender ever at approximately 83.6%. That’s baller, and this video is a perfect display of the levels of rawesome The Iceman would reach inside the Octagon on a regular basis. With Chuck’s longtime training partner Glover Teixeira taking on Chuck’s old foe Rampage Jackson, and Lyoto Machida facing the possible implementation of Dan Henderson’s Greco-Roman wrestling, the duo have turned to Chuck for his knowledge on how to avoid the ‘TD.’ Look at that, an opening paragraph full of interdasting (that’s spelled correctly, Ted) info that has everything to do with the subject of the headline. What is the world coming to?

Somewhere off-camera, there are chilled glasses of human urine patiently waiting to be chugged by Lyoto Machida and possibly the rest of the guys getting tutored by Chuck Liddell at Blackhouse after the lesson, and that is good. 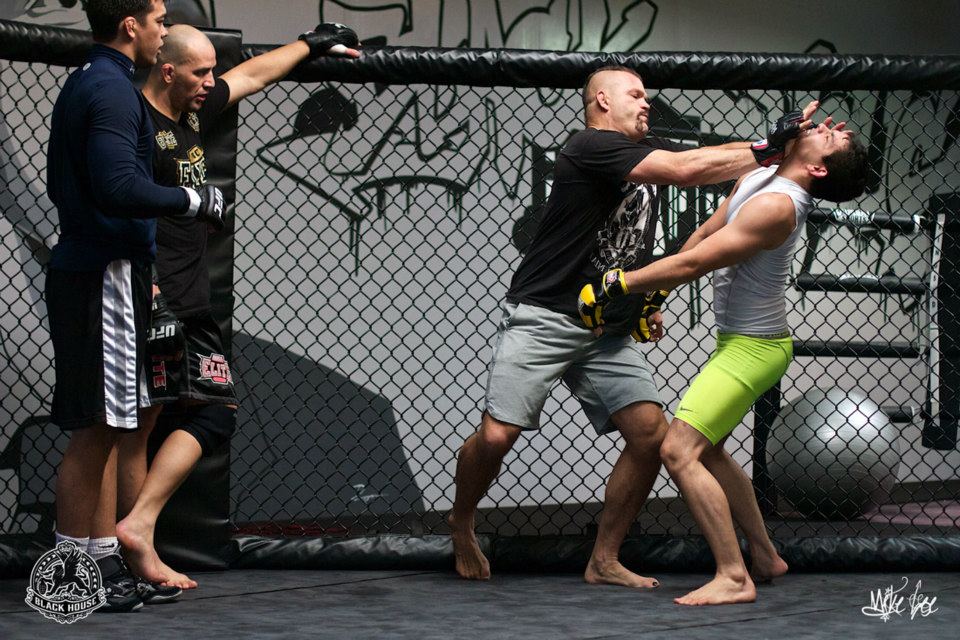 Last weekend someone forgot to tell Sakuraba he was in a wrestling match, not an MMA bout
Read Next Post →
Click here to cancel reply.