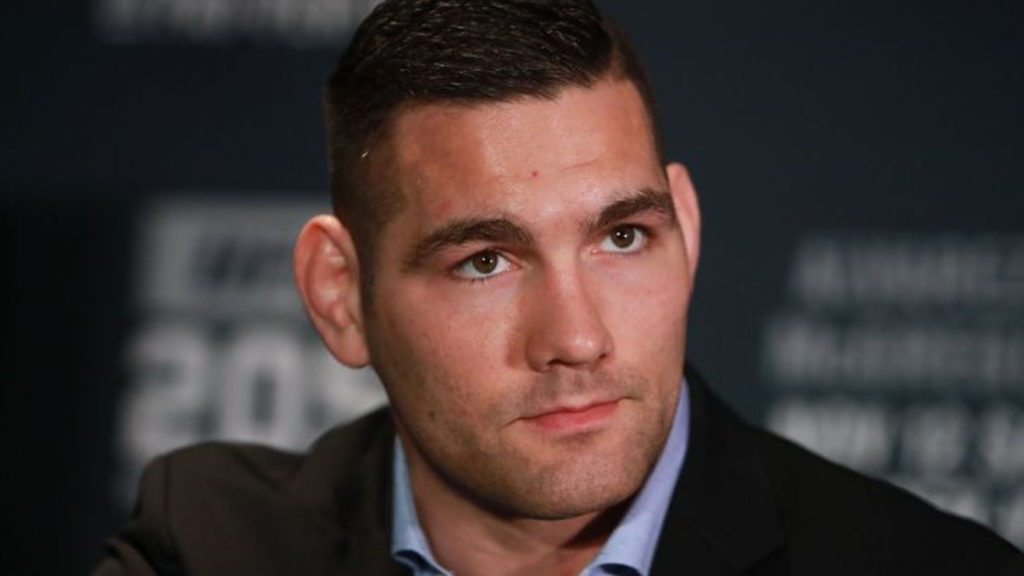 Chris Weidman was putting everything he had to convince UFC officials to give him a chance for Middleweight strap. But in the end, Kelvin Gastelum was chosen. Gastelum was the coach at the latest season of TUF alongside Robert Whittaker.

The All-American was extremely frustrated at The Ariel Helwani MMA Show since the promotion decided not to let him fight due to his hand injury. (via MMAMania.com)

“They were saying they couldn’t depend on me with my hand. They were worried about my hand not being ready in time. They were initially saying they were going to fight at the end of the year show, and I was telling them I’d definitely be ready. And they said they couldn’t really justify putting money into the Ultimate Fighter show with the chance of me not being able to fight,” he added.

And now the most interesting fact – Chris Weidman hurt his thumb in the fight versus Kelvin Gastelum in 2017! He had undergone multiple surgeries since. Chris Weidman also says that any professional fighter could hurt himself at any moment.

“It kind of pisses me off because there are a whole lot of things that can wrong with any fighter, so for them to put me in that predicament pisses me off a little, but what are you going to do?” he said, before taking shots at former and present title contenders who have had their own complications.

Robert Whittaker cannot face Gastelum until early 2019 due to an injury. What do you think, could this be one more reason for such a rage? Chris Weidman is scheduled to face Luke Rockhold at UFC 230 pay-per-view event, which will be held in Madison Square Garden, New York, on November 3, 2018.